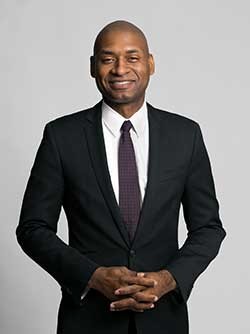 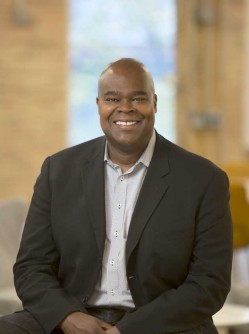 Newswise — EVANSTON - Northwestern University will commemorate the life and legacy of Dr. Martin Luther King Jr. with a two-week schedule of events Jan. 15 to 31. Many events are free and open to the public.

Charles M. Blow, media expert, social and political commentator, educator and author, will be the keynote speaker at the University-wide MLK commemoration at 6 p.m. Thursday, Jan. 25, in Ryan Auditorium, 2145 Sheridan Road on the Evanston Campus. The annual program will include music and performances from Northwestern student groups.

Chosen by host fraternity Alpha Phi Alpha, the fraternity King himself was a member of, Don Thompson, former CEO of McDonald’s Corporation and founder and CEO of Cleveland Avenue, LLC, will deliver the candlelight vigil address on the national MLK holiday at 7 p.m. Monday, Jan. 15, at Alice Millar Chapel, 1870 Sheridan Road in Evanston.

Blow also is a CNN commentator and was a Presidential Visiting Professor at Yale University, where he taught a seminar on media and politics.

He is author of The New York Times bestselling memoir “Fire Shut Up in My Bones,” which won a Lambda Literary Award and the Sperber Prize and made multiple prominent lists of best books published in 2014.

“‘We hold these truths to be self-evident that all men are created equal’ are words found in the Declaration of Independence and were also spoken by Martin Luther King Jr.” Kathleen Nganga, MLK Commemoration Committee co-chair said.

An electrical engineer by profession, Don Thompson joined McDonald’s Corporation in 1990 after working for a military aircraft manufacturer. At McDonald’s, Thompson designed robotic equipment for food transport and control circuits for cooking. He rose through the ranks to eventually become CEO.

He is the founder and CEO of Cleveland Avenue LLC, which provides consulting services for entrepreneurs and businesses in the food and restaurant industry.

Thompson grew up near Chicago’s Cabrini Green neighborhood. A bright student, he began sixth grade at the age of 10 and began carrying a briefcase to school in seventh grade. Due to the spreading gang violence in the area in the 1960s and ’70s, he was relocated to live with relatives in Indianapolis. A graduate of Purdue University, he earned a bachelor of science in electrical engineering and holds an honorary doctorate from Excelsior College.

The two-week long MLK observance schedule includes the keynote address, a candlelight vigil, a day of service and more. Full details and the latest event information is available online.

Evanston students grades K-12 will come to Northwestern to enjoy a full day of arts, crafts and discussion about the legacy of Martin Luther King Jr.

Alpha Mu Chapter of Alpha Phi Alpha Fraternity Inc. hosts Chicago-born engineer and business executive Don Thompson for this program that includes musical performances by Northwestern student groups and a post-event reception. This will be a sign language interpreted event.

MLK Days of Service and Learning

Northwestern students are invited to participate in a large-scale service project to transform learning spaces at Gale Community Academy in Rogers Park with other local university students and community members. Registration is required.

A fast-moving, interactive educational program about Chicago’s history with race with local community leaders followed by a buffet dinner in the Wildcat Room. The event is free and open to the public.

“Lift Ev’ry Voice” is an open mic dedicated to providing a megaphone for black Northwestern students’ voices. Participants are encouraged to share up to 10 minutes of a play, a song, a poem, a short film or speech. Submissions are closed. Contact [email protected] for more information.

This play written by Amira Danan explores the lives of three black women from different walks of life traveling through Paris. The women come to realize that they may be less alone in their experiences than they believed themselves to be.

“Chains on Chocolate,” a play by Elliot Sagay, investigates how slavery may have been molded into new forms of oppression throughout America’s history. The play touches on different moments in history following the lives of similar black men.

Swahili stands for “pull together.” While Swahili is one of thousands of languages spoken in Africa and throughout the African diaspora, at Northwestern the community “pulls together” to celebrate and affirm the history of African, Afro-Caribbean and African American culture. Bringing together students, staff, faculty and alumni, Harambee kicks off Black History Month and features a variety of performances, music and food for everyone to enjoy. Sponsored by For Member’s Only, Northwestern’s Black Student Alliance (FMO), and Multicultural Student Affairs.

Home to thousands, misunderstood by millions, Cabrini Green once towered over Chicago’s most valuable neighborhoods. A looming reminder of inequality and poverty, Cabrini’s high-rises were demolished and an African-American community cleared to make room for another social experiment: mixed-income neighborhoods. Shot over the course of 20 years, “70 Acres in Chicago” documents this upheaval, from the razing of the first buildings in 1995, to the clashes in the mixed-income neighborhoods a decade later. “70 Acres in Chicago” tells the volatile story of this hotly contested patch of land, while looking unflinchingly at race, class, and who has the right to live in the city.