9-Jul-2018 7:00 AM EDT, by Finding Answers: A Program of the Robert Wood Johnson Foundation
favorite_border 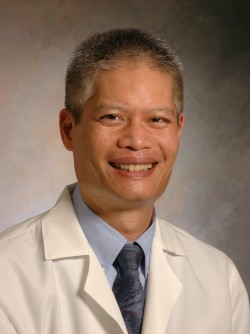 “New Zealand and the United States both have high-level aspirations to improve equity, yet they have implemented few large-scale policies that are explicitly designed to reduce disparities,” says Marshall Chin, MD, MPH, Director of Finding Answers: Solving Disparities Through Payment and Delivery System Reform and lead author of the paper.

The article is timely in light of a forthcoming major review of NZ’s entire health care system, expected to conclude January 31, 2020 with an interim report by the end of July 2019, and focusing particularly on the system of District Health Boards. Announcing the review May 29, Health Minister David Clark noted that it was spurred in part by persistent inequities in health outcomes for Māori and Pacific peoples. The Health Policy paper’s authors hope this review will prioritize the voices of people currently underserved by the health system, including Māori.

“Time and time again in NZ we see important reviews of health and social services undertaken that are not led by Māori experts, not co-led by Māori experts, or not even including Māori on the review team," says Sarah Derrett, MPH, PhD, a professor in the University of Otago’s Department of Preventive and Social Medicine. “It is imperative that this changes now to address NZ’s evident inequities.”

Despite many differences, NZ and the U.S. share similarities in demographics, politics, and health systems. Both countries were colonized by Western European settlers, who remain the largest ethnic group and retain much economic and political power.

In addition, both NZ and the U.S. are consistently ranked near the bottom in the Commonwealth Fund’s international rankings of health equity. In both countries, ethnic minority groups are more likely to have worse health outcomes and receive poorer-quality and less-accessible health care.

The authors identify five actions countries must take if they are fully committed to achieving health equity:

On the positive side, researchers have identified signs of progress in isolated areas such as unexpected death in infancy among Māori babies, which is benefitting from an indigenous approach to safe sleeping after many years of mainstream approaches which served to increase inequities. In the U.S., Alaska’s Nuka System of Care is improving access, care quality, and outcomes among the Alaska Native people who wholly own and operate it. Both of these initiatives are examples of how self-determination can effectively combat inequities.

“We know what works,” says Chin, the Richard Parrillo Family Professor of Healthcare Ethics at The University of Chicago, who spent ten weeks in late 2017 conducting this research with colleagues in NZ. “Now we need to make it happen on a larger scale—across regions, and across countries.”

Finding Answers: Solving Disparities Through Payment and Delivery System Reform is a national program funded by the Robert Wood Johnson Foundation and based at the University of Chicago. The program is a cornerstone of the Foundation’s strategy to reduce disparities in health care among racial and ethnic minorities and other marginalized populations. Finding Answers funds interventions, disseminates information on best practices, and develops tools to help providers take action on equity. For more information, visit www.solvingdisparities.org or @FndgAnswers on Twitter.