17-Jul-2017 11:05 AM EDT, by Perelman School of Medicine at the University of Pennsylvania contact patient services
favorite_border 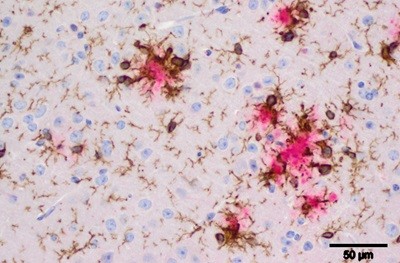 Newswise — PHILADELPHIA – Three new gene variants, found in a genome wide association study of Alzheimer’s disease (AD), point to the brain’s immune cells in the onset of the disorder. These genes encode three proteins that are found in microglia, cells that are part of the brain’s injury response system. The study is an international collaboration of four AD research consortia that analyzed DNA from 85,000 subjects. The results are reported online this week in Nature Genetics.

Studies of this type focus on identifying new therapeutic targets for treatment or prevention of AD, a goal of researchers world-wide. Genetic variation of the type described in this paper are “experiments of nature,” of a sort, that reveal when a specific gene is altered, disease risk can be affected.

“This is direct evidence that if drugs can be designed to target these proteins, we have a chance to alter disease risk in people,” said senior author Gerard Schellenberg, PhD, a professor of Pathology and Laboratory Medicine, and director of the Alzheimer Disease Genetics Consortium (ADGC) at the Perelman School of Medicine at the University of Pennsylvania. “It’s been known for decades that microglia — a first-line-of-defense cell we are born with — surround amyloid plaque deposits associated with Alzheimer’s. These multiple gene ‘hits’ all originating from microglia are the clearest demonstration that these cells are part of Alzheimer’s pathology and, more importantly, provide clear protein targets where we can start to intervene with drugs.”

The ADGC, supported by the National Institute on Aging (NIA) at the National Institutes of Health, is one of the four consortia of the International Genomics of Alzheimer's Project on this study. The others are Cohorts for Heart and Aging in Genomic Epidemiology (CHARGE), European Alzheimer’s Disease Initiative (EADI), and Genetic and Environmental Risk in Alzheimer’s Disease (GERAD).

The variants the team found — PLCG2, ABI3, and TREM2 — are all protein-coding mutations in genes that are highly expressed in microglia and are part of an immune cell protein network where multiple components contribute to AD risk. One of the genes, PLCG2, is an enzyme that is a potential drug target.

Key questions remain in how microglia should be targeted and whether the injury response should be inhibited or activated and at what stage of disease. “Since prevention is a key goal of therapy, influencing microglial cells before onset of cognitive changes needs to be explored,” Schellenberg said.

The three variants they identified are fairly rare and he accounts for their success in finding them to their three-stage study. In the first stage, the entire protein coding regions of 34,290 samples were sequenced. In the second and third stages, the team further refined the sequences of variants and verified the significant hits against untested samples from AD patients.

“Our findings show that microglia and the innate immune system -- via microglia -- directly contribute to susceptibility of late-onset Alzheimer’s disease, and are not just a down-stream ‘after-the-fact’ consequence of damage to the brain,” Schellenberg said.