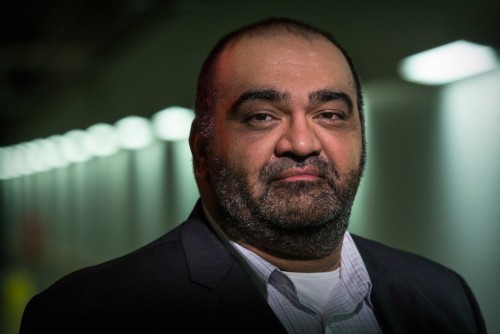 Newswise — SEATTLE – June 26, 2017 – A Fred Hutchinson Cancer Research Center study, led by epidemiologist Dr. Parveen Bhatti, found that night shift work is associated with reduced ability to repair DNA lesions. Over time, DNA damage that is not repaired will cause mutations that can lead to cancer.

Published online in the journal Occupational and Environmental Medicine, a subsidiary of the British Medical Journal, the study supports earlier research suggesting that night shift work may be associated with higher cancer risk.

“Shift work is a really complex exposure,” Bhatti said. “There’s light at night. There’s sleep disruption. There are different types of shift schedules that one can have.” This study, he explained, attempted to zero in on a particular mechanism that could be the basis for the association between cancer and working night shifts.

A 2001 study by Fred Hutch epidemiologist Dr. Scott Davis found nurses who regularly worked a graveyard shift had higher rates of breast cancer. Other studies have backed up the night shift-cancer connection, leading the International Agency for Research on Cancer in 2007 to classify shift work as “probably carcinogenic to humans.”

However, a study published last year using data from the U.K.-based Million Women Study showed no association between night shift work and breast cancer in postmenopausal women. Bhatti said that these results may not be accurate because they relied on participants’ recollection of their shift work, which may have occurred decades prior, and the study did not account for intensity of night shift work, which may have been minimal in this group.

“The studies that I have led are circumventing the use of historic data on shift work by looking at immediate biomarkers of effect,” Bhatti said. “Instead of looking at cancer as the endpoint, we look at a biomarker that we know is linked to cancer among current shift workers, like an oxidative DNA-damage marker.”

The excreted 8-OH-dG is associated with a lesion created when regular cellular metabolism produces reactive oxygen species, which then react with DNA. The body normally repairs these 8-OH-dG lesions and excretes the biomarker in urine. If not repaired, however, the 8-OH-dG lesions will cause mutations that can eventually lead to cancer. Bhatti’s finding that night shift workers excreted less of the biomarker during periods of night work indicates that fewer of these lesions were being naturally repaired.

“The damage was done but it wasn’t repaired,” Bhatti said. “It’s sitting in their cells.”

In a previous study, Bhatti compared day sleep with night sleep. Both studies analyzed specimens from the same population of men and women working in the health care industry such as nurses, who worked at least eight hours surrounding midnight. Bhatti’s findings in both studies support the hypothesis that shift workers have a reduced ability to repair DNA damage.

Bhatti’s next step is to evaluate whether a melatonin supplement might help night shift workers’ ability to repair DNA damage. His team plans to monitor study participants in a sleep lab, where they could manipulate the environment to mimic night work conditions and then measure the potential impact of night sleep at the cellular level.

In the meantime, his message to night shift workers is to maintain as healthy a lifestyle as possible. “It is even more critical for night shift workers to adhere to public health guidelines,” Bhatti recommended. “They should be sure to get enough sleep, eat a balanced diet and get plenty of exercise.”

The V Foundation for Cancer Research and the National Cancer Institute funded the research. In addition to Bhatti, the study was authored by Drs. Timothy Randolph, Scott Davis and Dana Mirick of Fred Hutch; Dr. Junfeng “Jim“ Zhang of Duke University; Dr. Jicheng Gong of Peking University; and Dr. Diana Taibi Buchanan of the University of Washington.