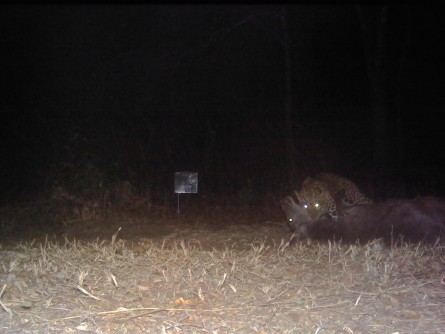 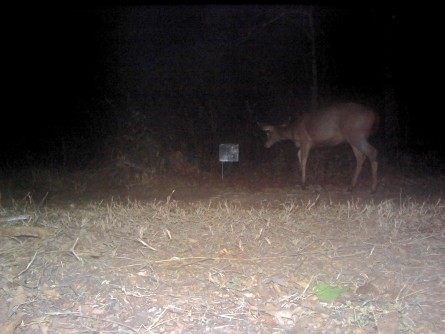 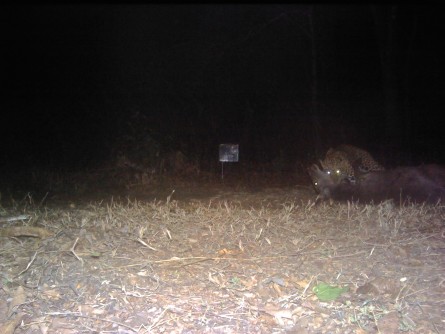 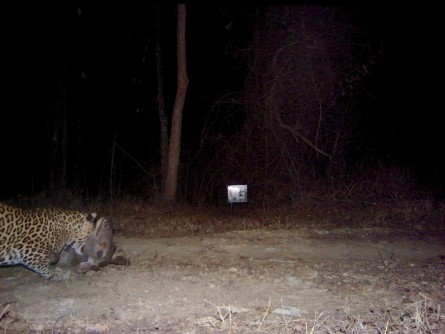 Over much of Asia, both leopards and Sambar (which are four times the size of leopards) are rare and threatened. But in places like India’s Bhadra tiger reserve, where these photos were taken, both prey and predators are rebounding due to decades of hard work by government staff and WCS working in partnership.

Leopards hunt primarily at night when Sambar tend to be more active. These photos were recorded by a pair of motion-activated cameras deployed in an array of 150 camera traps sampling the area.

WCS India pioneered development of camera trap surveys to estimate numbers of tigers and leopards in the 1990's and has led the field globally. The surveys are primarily meant to estimate numbers of these big cats through individual identification from coat patterns. Through analysis and modeling of the resulting data, the scientists can gather valuable information on the distribution and population dynamics of these animals and use it to inform their conservation. 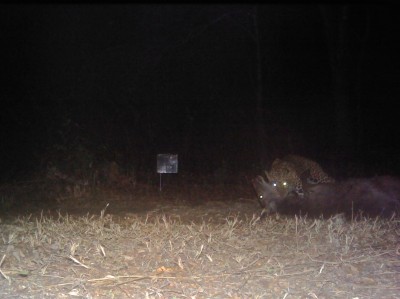 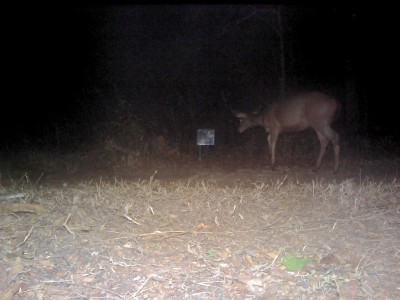 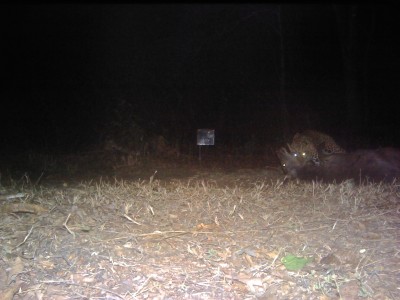 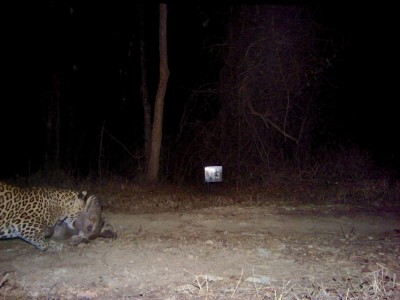