No Cement? No Problem. Uncemented Knee Replacement Could Last Longer 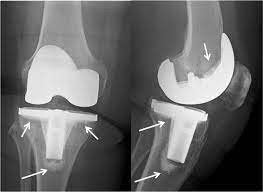 Newswise — Fifty-eight-year-old John says he feels like a new man after his second knee replacement at Hospital for Special Surgery (HSS). John, who lives on Long Island, says prior to surgery, he was in so much pain he was taking over-the-counter pain medication around the clock. Activities such as walking the dog, going upstairs, and working around the house became difficult.

After a successful knee replacement eliminated his pain in 2019, he decided to have the surgery on his other arthritic knee in 2020. He wasn’t about to let the pandemic stop him and did not hesitate to travel from Long Island to the Manhattan hospital.

“HSS has one of the best reputations in the country. So if it’s that close to Long Island, why wouldn’t you take advantage of it?,” John says. His doctor, Geoffrey Westrich, MD, notes that knee replacement surgery is one of the most effective and predictable procedures in orthopedic surgery today. “Hundreds of thousands of patients have the procedure each year to relieve arthritis pain and restore function and mobility,” says Dr. Westrich, Director of Research Emeritus in the Adult Reconstruction and Joint Replacement Service at Hospital for Special Surgery.

Over the past couple of years, Dr. Westrich has seen good outcomes with a newer type of “cementless” or uncemented knee replacement that he predicts will be longer-lasting. Those are the implants John received.

The traditional implant used in knee replacement generally lasts a long time—15 to 20 years—but it doesn’t last indefinitely. When the implant wears out or loosens, patients generally need a second knee replacement, known as a revision surgery. Dr. Westrich believes the cementless knee replacement could change that.

In a standard knee replacement, the components of the implant are secured in the joint using bone cement. The technique has worked well for decades. But eventually, over time, the cement starts to loosen from the bone and/or the implant, Dr. Westrich says.

"With the new cementless prosthesis, the components are press fit into place for ‘biologic fixation,’ which basically means that the bone will grow into the implant. Perfect positioning of the implant is critical, and we use robotic guidance for pinpoint accuracy,” Dr. Westrich explains.

He believes that with biologic fixation, implant loosening over time will be less likely and a total knee replacement could potentially last much longer, even indefinitely. This is an important consideration, especially for younger or more active patients who put more demands on their joint, causing more wear and tear.

"Cementless implants have been used in total hip replacement surgery for many years," he says. "Because of the knee’s particular anatomy, it was more challenging to develop a cementless prosthesis that would work well in the knee."

Over the past few years, major advances in design, technology and biomaterials have paved the way for a viable cementless knee implant. The uncemented knee replacement Dr. Westrich utilizes is FDA cleared and has been available for the past few years. It is generally used in conjunction with MAKO robotic-assisted surgery, combining two of the most recent knee replacement advancements into one high tech procedure that aims to benefit patients.

Candidates for the cementless procedure are generally patients under 70 with good bone quality to promote biological fixation. In addition to younger patients, Dr. Westrich notes that the cementless implant may also prove to be a good option for very overweight patients who tend to put more stress on their joint replacement. Studies are under way to see how patients with cementless knee replacements do over the long term.