No Longer Lost in Translation 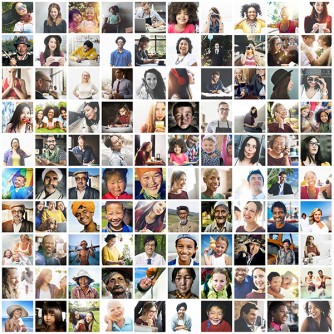 Newswise — LA JOLLA, CA—Mouse models have advanced our understanding of immune function and disease in many ways but they have failed to account for the natural diversity in human immune responses. As a result, insights gained in the lab may be lost in translation. In their latest study, researchers at La Jolla Institute for Allergy and Immunology, developed a new approach to model human immune variation in the lab that overcomes the limitations of traditional mouse models.

“Immunologists rely on inbred mice that are kept in a sterile environment but that’s not how humans live. In any given human population, you have a natural variation of human immune responses,” says postdoctoral researcher and first author Konrad Buscher, M.D. “The main question becomes how do we bridge the resulting gap between bench and bedside? Accounting for natural diversity may be a simple tool to improve the translation of immunological research findings from mice to humans.”

Publishing in the July 24, 2017, issue of Nature Communications, Professor Klaus Ley, M.D., who led the study, and his team identify gene markers that directly correlate with the outcome of inflammatory and malignant diseases in humans, including survival of osteosarcoma, melanoma, chronic lymphocytic leukemia (CLL), Burkitt lymphoma and large-cell lung carcinoma. Their findings emphasize that accounting for immune diversity is a critical factor to increase the success rate of predicting disease outcomes based on immune cell measurements.

Traditionally, researchers have relied on inbred mouse strains to gain insight into the complex world of human diseases while reducing what is known as experimental noise. “If you take a black, a brown or a white mouse each one will give you a different answer in the same assay. For example, if you vaccinate them, their responses will be different, which creates a lot of experimental noise,” says Ley. “However, when you think about patients, or even healthy people, we are all different.”

To mine those differences for valuable information, the LJI researchers actively embraced the experimental noise. Instead of analyzing a single inbred mouse strain, Buscher turned to the hybrid mouse diversity panel (HDMP). The panel was developed by co-author Aldons J. Lusis, Ph.D., a professor in the Departments of Medicine, Human Genetics, and Microbiology, Immunology, and Molecular Genetics at the University of California, Los Angeles.

The HDMP is a panel of about 100 different inbred mouse strains that mirror the breadth of genetic and immunological diversity found in the human population. “You can think of the panel as a hundred different patients, or healthy people,” explain Buscher.

Buscher, Lusis, Ley and others studied the natural variation in the activation pattern of abdominal macrophages, versatile members of the immune system. Professional phagocytes, they clear worn-out cells and cellular debris; survey tissue surfaces for foreign invaders; engulf bacteria and cancer cells; increase or quiet down inflammation and recruit other members of the immune system.

Macrophages isolated from 83 different mouse strains from the HDMP were exposed to lipopolysaccharide (LPS), a major component of the outer wall of gram-negative bacteria, to gauge their reaction to the strong inflammatory. Gram-negative bacteria are the cause of wide range of different illnesses, including food poisoning, cholera, tuberculosis and periodontitis, among many others.

“Fundamentally, when the immune system is confronted with gram-negative bacteria, it can deal with the situation in two ways: Either, it gets very angry and tries to kill the bacteria or it can wall them off in an attempt to live with it,” explains Ley. “Both strategies carry a certain risk but a long evolutionary history has insured that mice and people can survive with either strategy.”

The LPS-induced reactions of the macrophages analyzed as part of the study covered the whole spectrum – from very aggressive (LPS+) to very tolerant (LPS-) depending on the mouse strain. This LPS+ and LPS- designation is related to the M1 and M2 designation introduced by Charles D. Mills, another co-author of the study. Next, the researchers asked which genes were active during each response type to identify gene signatures that correlated with LPS-responsiveness. Ley and his team then ran these gene signatures across various human gene expression data sets and discovered that they strongly correlated with human disease outcomes.

For example, macrophages isolated from healthy joints were enriched in LPS-tolerant genes, whereas macrophages from rheumatoid arthritis patients were strongly skewed towards LPS-aggressive. The same held true for macrophages found in the kidneys of healthy people versus lupus erythematosus patients.

Since it had been known that mice and people with the aggressive phenotype are better at fighting cancer—although they are more susceptible to cardiovascular disease—the scientists specifically asked whether the level of LPS-responsiveness could predict tumor survival. After analyzing data from 18,000 biopsies across 39 different tumor types, they found that the LPS+ gene signature strongly correlated with survival while the LPS- signature correlated with cancer death. The pattern was significant across many different types of cancer, including osteosarcoma, melanoma, chronic lymphocytic leukemia, Burkitt lymphoma and large-cell lung carcinoma.