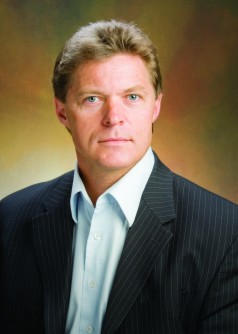 Dr. Hakon Hakonarson is the director of the Center for Applied Genomics at The Children's Hospital of Philadelphia

Newswise — Philadelphia, Feb. 26, 2015 – Genomics researchers analyzing a rare, serious immunodeficiency disease in children have discovered links to a gene crucial to the body’s defense against infections. The finding may represent an inviting target for drugs to treat common variable immunodeficiency (CVID).

A team led by Hakon Hakonarson, M.D., Ph.D., director of the Center for Applied Genomics at The Children’s Hospital of Philadelphia (CHOP), reported their findings online Feb. 10 in the Journal of Allergy and Clinical Immunology.

The researchers found 11 single nucleotide polymorphisms (SNPs) on the 16p11.2 locus of chromosome 16. SNPs are changes in one letter of DNA, compared to the more typical sequence at a given location. Of particular interest, the study team found variants in the gene ITGAM, carrying codes for an integrin protein, which regulates cellular contact and adhesion.

“This association is of high biological relevance, because ITGAM plays an important role in normal immune responses,” said Hakonarson. “Other researchers have shown that mice in which this gene has been knocked out have immune deficiencies.” He added that his team’s findings may have broader implications for patients who do not have these specific rare variants, because the integrin protein affects many important pathways in immune function.

A child with CVID has a low level of antibodies, reducing the body’s ability to fight disease, and leaving the child vulnerable to recurrent infections. CVID can first occur early or later in life, and the symptoms are highly variable. Frequent respiratory infections may lead to permanent lung damage. Patients may also suffer joint inflammation, stomach and bowel disorders, and a higher risk of cancers.

The great variability of the disease and the lack of a clear-cut diagnostic test often mean that CVID goes undiagnosed for years before doctors can begin treatment.

The study team performed an association analysis that focused on immune-related genes in a cohort of 360 CVID patients and 21,610 healthy controls. They used a genotyping chip specialized to search for gene variants previously implicated in autoimmune and inflammatory diseases, to pinpoint SNPs associated with CVID.

“Our studies identified ITGAM as an exciting candidate gene for further research,” said Hakonarson. “Better understanding of its functional role may reveal opportunities for highly targeted therapies that could improve future treatment for patients with this challenging, complicated disease. This discovery fits well with the ‘precision medicine’ concept that is currently in its infancy but represents the future of genomic medicine.”