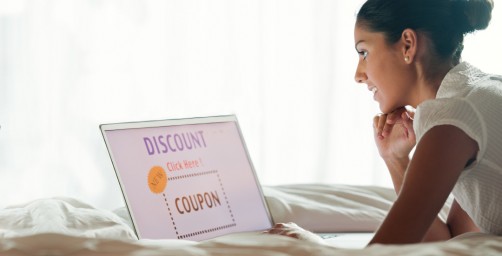 Teens are accessing on-line coupons from tobacco manufacturers despite website restrictions for minors.

Newswise — More than 15 years ago, many states and tobacco manufacturers established restrictions to prevent youth exposure to the marketing of nicotine products. This follows regulations imposed 50 years ago that banned cigarette ads from TV. Despite these continued efforts, a new study by Dartmouth researchers reveals that not only are young people exposed to tobacco marketing, they are influenced by it. According to a study published in the Journal of Adolescent Health, exposure to “direct marketing” is associated with increased use of tobacco.

“For several years, the emphasis in the tobacco industry has been on direct marketing, especially to young people who are highly price sensitive and who may find coupons, samples, and promotions appealing,” said lead author Samir Soneji, PhD, Norris Cotton Cancer Center researcher and assistant professor at the Geisel School of Medicine at Dartmouth and the Dartmouth Institute for Health Policy and Clinical Practice.

Soneji’s research team explored whether exposure to tobacco coupons and websites would increase the chances that a young person would start to smoke. “We found that both direct mail [coupons] and exposure to tobacco websites were associated with increased chances of smoking initiation and current smoking” said Soneji.

Overall, 12 percent of 15- to-17-year olds and 26 percent of 18- to-23-year olds were exposed to either form of direct-to-consumer tobacco marketing. Results indicated that black and Hispanic youth are exposed more frequently than white by direct marketing methods.

Direct marketing includes coupons and ads sent through the mail or posted on the web, as well as in-store displays and signs. These spheres, known as direct-to-consumer and point-of-purchase marketing, are not regulated, but are commonly used by manufacturers. In 2010, the tobacco industry spent $236 million in cigarette coupons and $22 million in Internet marketing. Some of this Internet marketing infiltrates social media, which is widely consumed by teens and young adults. Since younger consumers are more “price sensitive” to the high cost of tobacco products, a web ad offering a coupon could be perceived very favorably.

Teens and young adults, who live in a household with a smoker, may face increased exposure to direct marketing in the form of mailed ads and coupons. To reduce these messages from entering the household, parents should consider removing their names from industry mailing lists, because it may reduce their children’s risk of smoking.