NSF Grant Will Further Research on Models of Self-Assembling Systems

22-Jul-2014 8:00 AM EDT, by University of Arkansas, Fayetteville
favorite_border 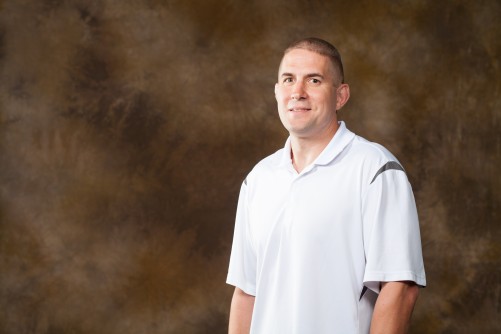 Newswise — FAYETTEVILLE, Ark. – University of Arkansas computer scientist Matt Patitz will receive a nearly $440,000 grant from the National Science Foundation to further his research in the development of theoretical and computational models of self-assembling systems.

The models simulate or mimic complex biological processes, such as evolution, self-replication and immune system behaviors, and the formation of prions, protein particles that may cause brain diseases. The models can be used to help scientists develop artificial self-assembling systems in laboratories and will make valuable contributions to the theoretical understanding of biological systems.

A variety of self-assembling systems exist in nature, occurring when individual molecules combine autonomously. They obey local rules of behavior with no external guidance or placement to form complex structures. This process is responsible for the formation of many inorganic structures, such as crystals (like snowflakes), and numerous biological structures, including cellular membranes and viruses.

Theoretical computer science has provided numerous insights into the creation and understanding of these systems.

Patitz, an assistant professor of computer science and computer engineering, is collaborating with other researchers to develop artificial self-assembling systems to create advanced materials and complex nanoscale structures and to perform molecular computing. They have conducted laboratory experiments as well as mathematical and computational modeling.

Patitz’s project has two components. The first consists of a series of studies that will examine the ability of various theoretical models to simulate each other when certain parameters are fixed, especially the so-called “temperature” parameter, which makes some cooperative behaviors difficult or impossible. He will explore whether certain models with fixed parameters are intrinsically universal.

The second component focuses on the ability of various self-assembling systems to simulate complex and important biological activities. Patitz will employ an existing model, the Signal-passing Tile Assembly Model, which uses dynamically changing basic components. He will also develop a new model, based on two-dimensional components that can fold along their boundaries to form 3-D structures. These “foldable” building blocks will be developed with special focus on their ability to abstractly mimic protein-like behaviors.

Patitz’s work consists of mathematical and computational modeling using simulation software. The project’s results and software will be made available to researchers at no cost.