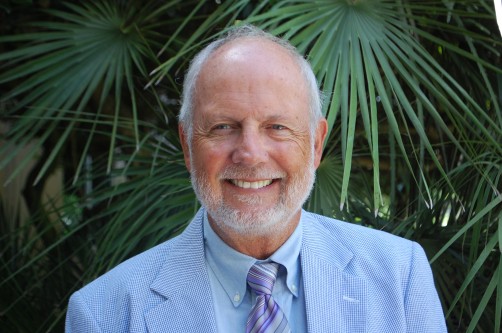 Santa Fe High School has now joined Stoneman Douglas High, Columbine High and Sandy Hook Elementary as members of a club that that no one wants to be part of – schools that have experienced the unthinkable, an active shooter. Unfortunately, the issue of school violence and school shootings are becoming commonplace, so-much-so that a recent Google search required the entry of the year to narrow down the search for a particular incident of school violence.

What makes these individuals believe this is the only course of action left to them? And what can we, as a society, do to look for the warning signs to help avert such a tragic situation from taking place?

Nova Southeastern University (NSU) is home to a nationally renowned expert in this subject who can provide answers to these questions, and more.

Scott Poland, Ed.D., a professor at NSU’s College of Psychology, is a nationally recognized expert on school crisis, youth violence, suicide intervention, self-injury, school safety, threat assessment, parenting and the delivery of psychological services in schools. He is a founding member of the National Emergency Assistance Team for the National Association of School Psychologists and serves as the Prevention Director for the American Association of Suicidology. He has led multiple national crisis teams following numerous school shootings and suicides and has assisted schools and communities after terrorism acts in New York, Washington, D.C. and Oklahoma. In fact, Dr. Poland worked with officials at Santa Fe High School when incidents of student suicides started to rise. Poland also served as the team leader of the crisis response team sent to Jefferson County Public Schools during the aftermath of the Columbine High School shootings.

Poland is well versed in working with media who are covering school/campus shooting situations – he is at ease with on camera, phone and in-person interviews. Media interested in interviewing Scott Poland, Ed.D. should contact NSU’s Public Affairs office directly at 954-262-2159 (office) or 954-661-4571 (cell.)