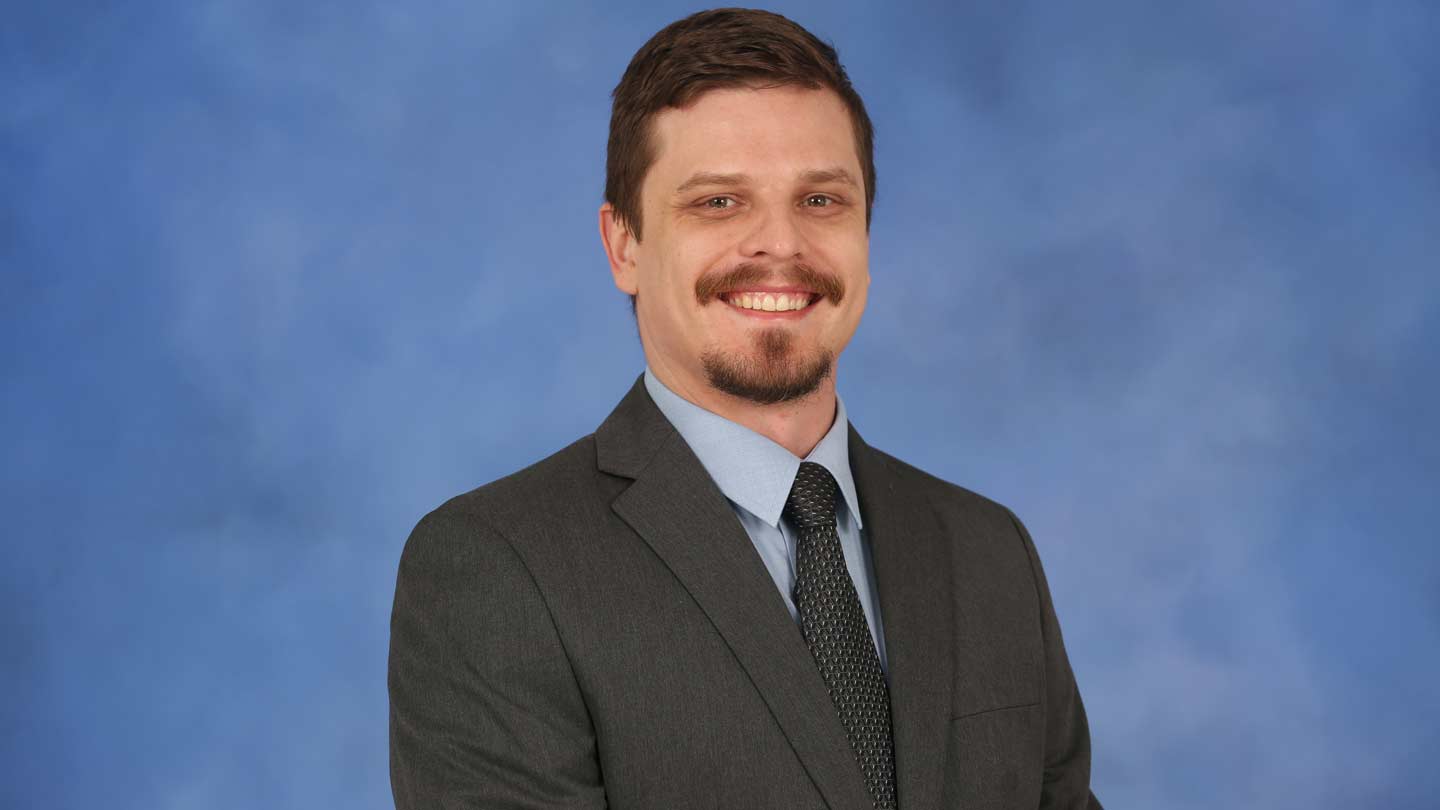 Dennis Nikitaev is a recipient of a 2020 American Astronautical Society Molly Macauley Award for Science and Engineering.

Newswise — HUNTSVILLE, Ala. (June 10, 2020) – Research on seeded hydrogen in nuclear thermal rocket engines has won a graduate research assistant at The University of Alabama in Huntsville (UAH) one of two 2020 American Astronautical Society (AAS) Molly Macauley Awards for Science and Engineering and the opportunity to present orally at the AAS John Glenn Memorial Symposium.

“It was an incredible feeling after working so hard and seeing the results of many sleepless nights,” Nikitaev says.

The annual student researcher competition seeks to recognize future space industry leaders by awarding and contributing to the professional development of outstanding college and university students. The award has two tracks: Business and Space Policy, and Science and Engineering.

Five finalists from each track are selected to get a $500 travel award with free registration to the Glenn Memorial Symposium and the opportunity to present their research as a poster at the symposium. One winner from each track is selected to receive an additional $2,500 toward attendance of any future conference and also make an oral presentation at the symposium, which is being held virtually this year.

Nikitaev’s research is directly related to UAH work under a NASA grant to model how a nuclear thermal propulsion (NTP) spacecraft might be engineered to achieve human flight to Mars. That effort is led by Dr. Dale Thomas, UAH’s eminent scholar in systems engineering and Nikitaev’s advisor.

Nikitaev studied the effect that small molar concentrations of argon in hydrogen had on NTP engine and vehicle performance.

“I found out that the energy storage of the mixture went down with increasing concentrations of argon that would allow for the reactor to more easily heat up the propellant,” he says. “This decreased the required reactor power for a given thrust level and chamber temperature.”

He also found that the seeding caused the overall propellant density to go up so a vehicle designer could fit more propellant mass into the same volume to get higher changes in velocity from the vehicle.

“However, these benefits came at the cost of efficiency by bringing down the specific impulse,” Nikitaev says. “The paper also outlined my planned experiment to extract the properties of the mixture and work with experimental rather than analytical and extrapolated data.”

The experiment is needed because the properties of the argon-hydrogen mixture at the temperatures and pressures inside the NTP reactor are unknown and currently can only be estimated by various correlations, Nikitaev says. He says the next big step is to use the NASA Marshall Space Flight Center Nuclear Thermal Reactor Element Environment Simulator (NTREES) laboratory to heat and pressurize this mixture to the NTP conditions and discover the actual properties.

“By doing this, not only will it help the seeded hydrogen research, but it will also increase our understanding of hydrogen-noble gas mixtures at supercritical conditions and the underlying transport properties associated with these mixtures,” Nikitaev says.

NTP may hold promise for long-range missions like a trip to Mars because it can help achieve the goals of low weight, high power and good economy. An NTP engine uses low enriched uranium to heat a lightweight propellant such as liquefied hydrogen to 2,650 degrees Kelvin through channels in its core. The expanding gas exits the nozzle, providing thrust.

Aviation and Aeronautics Space and Astronomy