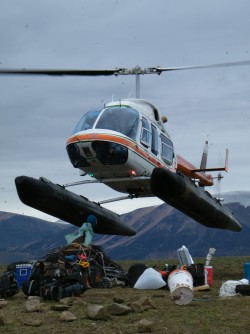 Material transportation during the closure of the base camp in 2009. 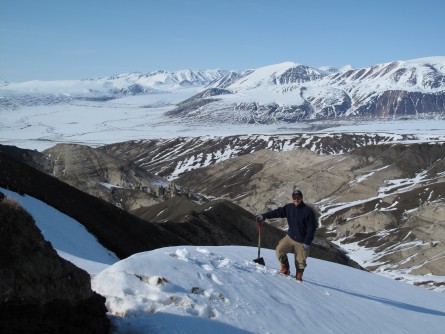 View from the study site at the beginning of the fieldwork in the end of June 2010. 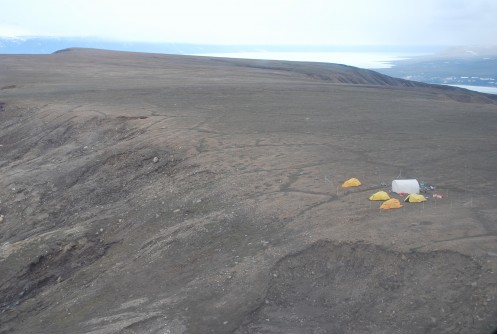 Alexandre Guertin-Pasquier's base camp on Bylot Island in 2009.

Newswise — Global climate change means that recently discovered ancient forests in Canada’s extreme north could one day return, according to Alexandre Guertin-Pasquier of the University of Montreal’s Department of Geography, who is presenting his findings at the Canadian Paleontology Conference in Toronto today. “According to the data model, climate conditions on Bylot Island will be able to support the kinds of trees we find in the fossilized forest that currently exist there, such as willow, pine and spruce. I’ve also found evidence of a possible growth of oak and hickory near the study site during this period.,” Guertin-Pasquier said. “Although it would of course take time for a whole forest to regrow, the findings show that our grandchildren should be able to plant a tree and watch it grow.”

The fossilized forest found on Bylot Island in Nunavut is between 2.6 and 3 million years old according to estimations based on the presence of extinct species and on paleomagnetic analyses. Paleomagentic analysis involves looking at how the Earth’s magnetic field has affected the magnetic sediment in rocks – like a compass, they turn to follow the magnetic poles. Scientists can use this information to date rocks as the history of the movement of the magnetic poles is relatively well known.

Wood samples in the ancient forest have been preserved throughout the eons in peat and by permafrost. “We studied the sediments in the forest and discovered pollen that are usually found in climates where the annual average temperature is around 0 degrees Celsius or 32 Fahrenheit,” Guertin-Pasquier said. By comparison, current average conditions on Bylot Island are around -15°C ( 5°F). The samples were taken from few drill holes 10 cm in diameter of one to two metres deep. The harshness of the Arctic winter and the remoteness of the forest mean that scientists have very little opportunity to delve into its secrets.

Even during the summer, the Guertin-Pasquier and his colleagues had to endure extreme conditions such as 80 km/h winds. “There is so much mystery that surrounds this forest – for example, how these trees managed to survive the relentless dark of the Arctic winter,” he said, adding that the next steps for this line of research could include looking more closely at other plant remains in order to get a better understanding of what the local flora was. This research was financed in part by the Polar Continental Shelf Program, Fonds de recherche du Québec – Nature et technologies, and the Natural Sciences and Engineering Research Council of Canada programs. 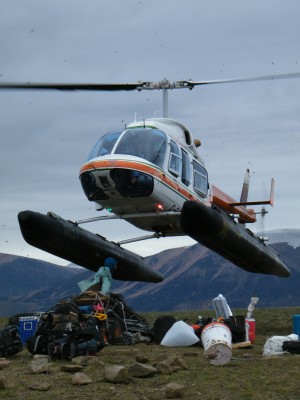 Caption: Material transportation during the closure of the base camp in 2009. 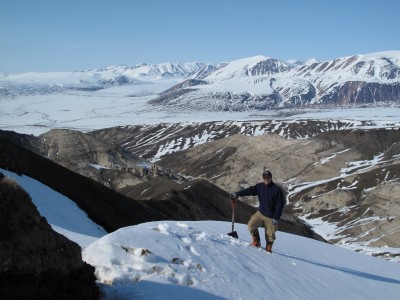 Caption: View from the study site at the beginning of the fieldwork in the end of June 2010. 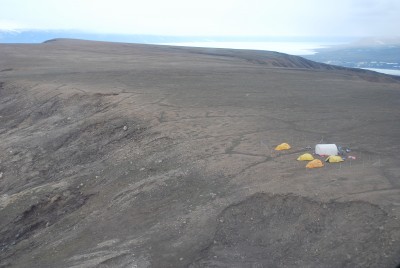 Caption: Alexandre Guertin-Pasquier's base camp on Bylot Island in 2009.