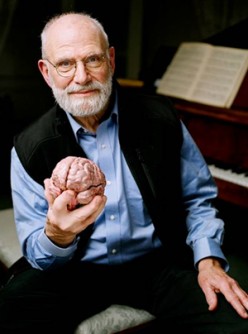 “We are thrilled to have Dr. Sacks join our world-class team of neurologists,” said Robert I. Grossman, MD, dean and CEO at NYU Langone. "From a lifetime of dedicated clinical and literary work, he brings a depth of specialized expertise on neurological syndromes, and we are very excited to welcome him here.”

Dr. Sacks has long-standing ties to NYU Langone, where for many years he has collaborated on unusual neurological conditions with his colleague Orrin Devinsky, MD, professor of neurology, neurosurgery and psychiatry, and Director of the NYU Comprehensive Epilepsy Center. Dr. Devinsky is one of the dedicatees of Dr. Sacks’s bestselling book Musicophilia: Tales of Music and the Brain. Dr. Sacks recently completed a five-year residency at Columbia University in New York, NY, where he was professor of neurology and psychiatry. He also held the title of Columbia University Artist, in recognition of his contributions to the arts as well as to medicine. Dr. Sacks was born in London, England. He earned his medical degree (MD) at the University of Oxford (Queen’s College), followed by residencies and fellowships at Mt. Zion Hospital in San Francisco, CA, and at University of California Los Angeles (UCLA). He holds honorary degrees from a dozen universities, including Gallaudet University, University of Oxford, and the Karolinska Institute. He is a fellow of the Royal College of Physicians, the American Academy of Arts and Sciences, and the American Academy of Arts and Letters, and has been a fellow of The New York Institute for the Humanities at NYU for over twenty-five years. In 2008, Queen Elizabeth II named him a Commander of the British Empire.

Dr. Sacks’s work has been featured on CBS’s “Sixty Minutes,” PBS’s NOVA and on BBC television, as well as WNYC’s Radiolab. He is a frequent contributor to The New Yorker and The New York Review of Books, and is the author of 12 books, mostly neurological case histories, including The Mind's Eye, Musicophilia, Awakenings, and The Man Who Mistook His Wife for a Hat. The New York Times has referred to Dr. Sacks as “the poet laureate of medicine,” and his work has inspired many films and dramatic adaptations, including the Academy Award nominated feature film Awakenings with Robert De Niro and Robin Williams.

In addition to his position at NYU Langone, Dr. Sacks will also serve as a visiting professor at the University of Warwick in the United Kingdom.

About NYU Langone Medical Center:NYU Langone Medical Center, a world-class, patient-centered, integrated, academic medical center, is one on the nation’s premier centers for excellence in clinical care, biomedical research and medical education. Located in the heart of Manhattan, NYU Langone is composed of four hospitals – Tisch Hospital, its flagship acute care facility; the Rusk Institute of Rehabilitation Medicine, the world’s first university-affiliated facility devoted entirely to rehabilitation medicine; the Hospital for Joint Diseases, one of only five hospitals in the nation dedicated to orthopaedics and rheumatology; and Hassenfeld Pediatric Center, a comprehensive pediatric hospital supporting a full array of children’s health services across the Medical Center – plus the NYU School of Medicine, which since 1841 has trained thousands of physicians and scientists who have helped to shape the course of medical history. The medical center’s tri-fold mission to serve, teach and discover is achieved 365 days a year through the seamless integration of a culture devoted to excellence in patient care, education and research. For more information, go to www.NYULMC.org.