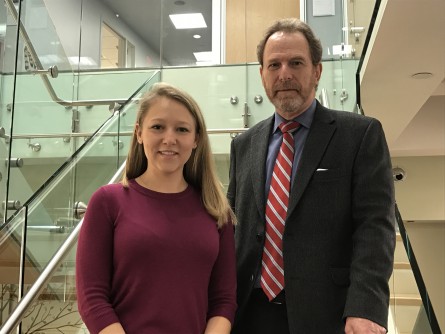 The MOU acknowledges what had been in practice since NYU Langone established its MFC in 2012: The two organizations will continue to assist each other in treating mental health issues for veterans and their families.

VANYHHS will continue to refer veterans and their families to the MFC, a program that provides short-term mental health care at no cost as well as services including children, couples/partner and family therapy, for which there is limited access through VANYHHS.

In turn, the MFC will continue to refer veterans to VANYHHS facilities for treatment for additional mental health care as well as for other health care needs. In addition, the MFC encourages veterans who have not yet enrolled with VANYHHS to do so in order to more fully utilize VA benefits to which they are entitled.

Nearly one-third of the 15,000 Iraq and Afghanistan veterans who live in the New York City area are troubled by PTSD and other mental health challenges, including depression, alcohol abuse, drug addiction and family conflict. It is why all clinicians involved in this partnership agree it is critically important to make mental health services available as quickly as possible.

“We are very excited to formalize what has been in practice for several years now,” says Adam Wolkin, MD, Associate Chief of Staff for mental health for VANYHHS and Associate Professor and Vice Chair of Psychiatry at NYU Langone. “The MFC has been a valuable partner in meeting the growing demand for mental health services for our veterans and their families. This agreement is very much in keeping with the commitment of the U.S. Department of Veterans Affairs to advance public–private clinical partnerships.”

“The referral partnership with VANYHHS provides our veterans additional follow-up care for specific mental health issues beyond the scope of the treatments that we provide,” says Amanda Spray, PhD, Assistant Director of the MFC. “VANYHHS also is critically important for our patients who qualify for VA benefits who have non-mental health issues, or whose underlying medical conditions complicate their mental health status.”

NYU Langone and VANYHHS have had a longstanding affiliation for decades. Most of the physicians who practice at VANYHHS’s Manhattan facility hold academic appointments at NYU School of Medicine, and several NYU Langone researchers maintain laboratories at the VA’s Manhattan campus, which is a short distance from NYU Langone’s main hospital campus. VA’s Manhattan campus also serves as a major teaching partner for NYU Langone medical students, residents and fellows.