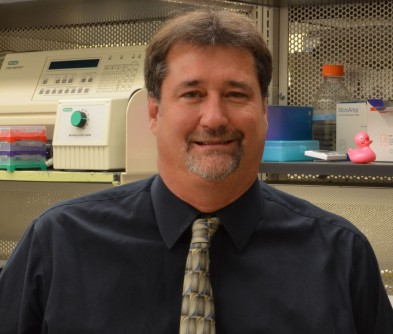 Newswise — PHILADELPHIA (January 14, 2016) – A new study from the Monell Center, the U.S. Department of Agriculture (USDA), and collaborating institutions reports a uniquely identifiable odor signature from mouse models of Alzheimer’s disease. The odor signature appears in urine before significant development of Alzheimer-related brain pathology, suggesting that it may be possible to develop a non-invasive tool for early diagnosis of Alzheimer’s disease.

“Previous research from the USDA and Monell has focused on body odor changes due to exogenous sources such as viruses or vaccines. Now we have evidence that urinary odor signatures can be altered by changes in the brain characteristic of Alzheimer’s disease,” said study author Bruce Kimball, PhD, a chemical ecologist with the USDA National Wildlife Research Center (NWRC) who is stationed at the Monell Center. “This finding may also have implications for other neurologic diseases.”

Identification of an early biomarker for Alzheimer’s disease could potentially allow physicians to diagnose the debilitating disorder before the onset of brain decline and mental deterioration, paving the way for upcoming treatments to slow early progression of the disease.

Alzheimer’s is the most common form of dementia, afflicting an estimated 5.1 million Americans over the age of 65. There is no test to definitively diagnose Alzheimer’s disease in living persons. Although the progression of Alzheimer’s currently cannot be stopped or reversed, an accurate diagnosis can give patients and families time to plan for the future and seek treatments for symptom relief.

“While this research is at the proof-of-concept stage, the identification of distinctive odor signatures may someday point the way to human biomarkers to identify Alzheimer’s at early stages,” said study author Daniel Wesson, PhD, a neuroscientist at the Case Western Reserve University School of Medicine.

Using both behavioral and chemical analyses, the researchers found that each strain of APP mice produced urinary odor profiles that could be distinguished from those of control mice.

The odor changes did not result from the appearance of new chemical compounds, but instead reflected a relative shift of the concentrations of existing urinary compounds.

The odor differences between APP and control mice were mostly independent of age and preceded detectable amounts of plaque build-up in the brains of the APP mice. These findings suggest that the characteristic odor signature is related to the presence of an underlying gene rather than to the actual development of pathological changes in the brain.

Additional studies showed that the distinctive odor profiles could be used to predicatively identify APP mice versus control mice.

Because Alzheimer’s is a uniquely human disease, scientists create models of associated brain pathology to study the disease in mice. One of the hallmark pathological indicators of Alzheimer’s disease is an excess formation of amyloid plaque deposits in the brain. Scientists mimic this pathology in mouse models by introducing human genes associated with mutations of the amyloid-β precursor protein gene into the mouse genome. These genes are then pharmacologically activated to make excess amyloid-β protein, leading to plaque buildup in the brains of APP mice.

Wesson and study co-author Donald Wilson of the Nathan Kline Institute for Psychiatric Research and New York University School of Medicine utilize the mouse Alzheimer’s models to examine the role of olfactory dysfunction as an early biomarker of Alzheimer's disease and other neurodegenerative disorders.

The researchers note that extensive studies are needed to identify and characterize Alzheimer’s-related odor signatures in humans.

The NWRC has maintained a Field Station at Monell for over 42 years. To date, more than 200 publications on bird and wildlife chemical senses have resulted from the Monell-USDA affiliation, disseminating information on the biology and behavior of many animal and avian species, along with knowledge to aid in effective management of wildlife resources. The National Wildlife Research Center is the research arm of the U.S. Department of Agriculture’s Wildlife Services program. It is the federal institution devoted to resolving problems caused by the interaction of wild animals and society. The Center applies scientific expertise to the development of practical methods to resolve these problems and to maintain the quality of the environments shared with wildlife. For more information, visit www.aphis.usda.gov/wps/portal/aphis/ourfocus/wildlifedamage.

The Monell Chemical Senses Center is an independent nonprofit basic research institute based in Philadelphia, Pennsylvania. For over 47 years, Monell has advanced scientific understanding of the mechanisms and functions of taste and smell to benefit human health and well-being. Using an interdisciplinary approach, scientists collaborate in the programmatic areas of sensation and perception; neuroscience and molecular biology; environmental and occupational health; nutrition and appetite; health and well-being; development, aging and regeneration; and chemical ecology and communication. For more information about Monell, visit www.monell.org.