Of Mice and Muscles 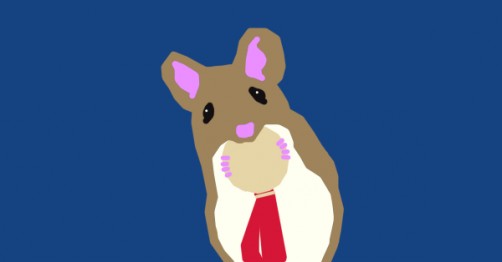 Newswise — Penn has a long history of muscle research, much of which is relevant to Olympic-level athletes and their abilities. As the Rio Olympic Games approach, many armchair spectators of the Games may be wondering: How do those athletes endure their grueling runs, swims, and rides? And, on the flip side – if their achievements seem too good to be true – are anti-doping officials able to tell what attributes are due to nature or off-the-books nurture?

Researchers at Penn Medicine have uncovered a few clues from animal studies that reveal the genetic underpinnings of the biology behind some of those medals.

This line of research all started at Penn when Sukhamay Lahiri, DPhil, joined the department of Physiology in 1969, where he remained a full professor until his death in 2009. He was a world leader in the study of how the body responds to changing oxygen levels, starting with physiological responses to high altitude on Mount Everest, which he visited for the first time in 1960. Intrigued by the seemingly superhuman endurance and athleticism of Everest Sherpas, Lahiri established field laboratories at base camps. Here he made electrophysiological measurements on the functioning of the carotid body, a small cluster of chemoreceptors and cells located at the fork of the carotid artery and the respiratory system. His research showed differences in the carotid body’s response to oxygen in the blood at different altitudes, suggesting the cells detect changes in the composition of blood, mainly the partial pressure of oxygen.

Tejvir S. Khurana, MD, PhD, a professor of Physiology, also combines his life-long interest in mountain climbing with his study of the effects of low oxygen on skeletal muscles and blood. Khurana and Lahiri were collaborators on a number of research expeditions, including one where Khurana scaled to within 1,000 feet of Mount Everest’s summit to study how a mammal’s physiology changes when exposed to low-oxygen conditions at high altitudes.

These studies have applications for monitoring blood doping at the Olympics – a common form of doping by athletes. Khurana was funded for these studies by the World Anti-Doping Agency, the body created by the International Olympic Committee in 1999 to promote, coordinate, and monitor the fight against drugs in sports. Blood doping involves blood transfusions and injections of erythropoietin or synthetic oxygen carriers to boost the number of red blood cells or their oxygen-carrying capacity to enhance performance. Blood cells carry oxygen from the lungs to muscles, so the idea is that a higher oxygen-carrying capacity in the blood can improve an athlete’s endurance.

A few years ago, Khurana's laboratory identified that the IL15RA gene functions as a negative regulator of endurance. While it may be more familiar to think of having a “special” gene as something that bestows distinctive abilities, in this case, it’s not having a certain gene that correlated with greater endurance in the knockout mice that Khurana studied. Khurana and his collaborator Kathryn North at the Murdoch Childrens Research Institute in Australia showed that variants of the gene are linked to Olympic-level athletes in endurance sports such as swimming.

To determine the exact mechanisms by which the lack of IL15RA alters muscle function, Emanuele Loro, PhD, a research fellow in the Khurana Lab, and other collaborators have been studying metabolic aspects of these mice. Recently, the laboratory reported the existence of a unique type of metabolism in muscle associated with the same gene that offers an explanation for their superior endurance. This change in metabolism leads to altered fuel use and a resistance to diet-induced obesity.

"We have shown that muscle of mice lacking the gene efficiently uses fatty acids as metabolic fuel to support muscle activity. The normally fatigable muscles of the mouse, such as the fast muscle in the front of the leg, have been reprogrammed to be able to more efficiently use fatty acids to recover faster from fatigue,” Khurana explained. This line of research has ramifications for various aspects of muscle biology, ranging from athletics to treating muscle and metabolic diseases.

Another Penn muscle biologist, Joe Baur, PhD, an assistant professor of Physiology, is looking at the effects of a compound called NAD on muscle function. Some everyday athletes are already taking these supplements to increase the body’s synthesis of this compound, with the hopes of reversing the aging-associated, natural decay of mitochondria, the cell’s powerhouses. But so far there is little evidence to back up these claims, except in rare diseases.

Oversight of the so-called “natural products” industry is much looser than that of conventional drugs, and supplements to boost NAD are available over the counter, with packages touting cell regeneration to improve athletic prowess and mental clarity. “Finding out whether strategies to enhance the production of NAD will have any impact on muscle function in healthy individuals is a subject of much speculation and answering this question will have to wait for controlled clinical trials,” Baur said.

Until then, potential dangers abound in the industry: In fact, the most recent Consumer Reports probed ways in which this dearth of answers can put consumers' health at risk. And the online publication STAT highlighted how many Olympic teams and athletes have “signed sponsorship deals with the makers of dietary supplements, putting their teams’ prestige and glamour behind powders and pills that promise to keep athletes in peak form — but that in many cases have not been validated by clinical trials.”

Baur’s ongoing research strategy is to make genetic mouse models to manipulate the amount of NAD in specific tissues in order to elucidate the primary sites of action for NAD precursors. Most recently, Baur and postdoctoral fellow David Frederick found that maintaining proper levels of NAD is crucial for optimal muscle function. This is the first study to directly investigate the consequences of NAD deficiency on muscle function and was published in Cell Metabolism.

The team made mice in which they could restrict the amount of NAD in skeletal muscle to simulate this aspect of normal aging in otherwise healthy mice. Surprisingly, young knockout mice were found to tolerate an 85 percent decline in intramuscular NAD content without losing spontaneous activity or treadmill endurance. However, when these same mice hit early adulthood (three to seven months of age), their muscles progressively weakened and their muscle fibers atrophied. The researchers next sought to test whether a dietary NAD precursor might remedy the muscle pathology in the mice. Impressively, the muscle decline was completely reversed by feeding the mice a form of vitamin B3, called nicotinamide riboside.

Much like the impact of B3 on mouse muscle, OTC supplements may have a similar effect in human muscle, preventing the decline and natural aging process for elite and everyday athletes alike. Clinicaltrials.gov lists almost 10 related trials, so the answers researchers and athletes seek may soon be in sight of the finish line.