Of Saints and Popes: Papal Expert Available to Comment on April Canonizations 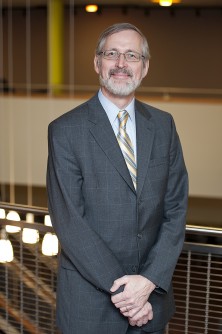 Newswise — On April 27, for the first time in history, two Roman Catholic popes will be canonized on the same day: Pope John XXIII and Pope John Paul II will be elevated to sainthood in St. Peter’s Cathedral in Rome, joining the 10,000 saints who are recognized in church documents. Papal expert and theologian William Madges, Ph.D., professor of theology and religious studies at Saint Joseph’s University in Philadelphia, says that in 900 years, only three other popes have been named saints, but in the early days of the church, it was not unusual for a pope to be so designated. In fact, Madges adds, 52 of the first 54 popes were regarded as saints.

“This phenomenon can be explained in part by the fact that there was no formal process of canonization in the first 900 years of the church’s history,” says Madges. “Those who were martyred for the faith or who gained a strong reputation among the Christian community as holy people were considered saints, so it’s understandable that the head of the church might seem to qualify, but today, the process is very rigorous, involving investigations that can last many years.”

This rigorous process includes the authentication of two miracles. According to Madges, the Congregation for the Causes of Saints authenticated two miracles attributed to the intercession of Blessed John Paul II: the healing of a French nun from Parkinson’s disease, and the healing of a Costa Rican woman who had a life-threatening brain aneurysm. Madges adds that the healing of an Italian nun from severe internal hemorrhages was the only miracle attributed to the intercession of Blessed John XXIII, but Pope Francis authorized going forward with his canonization without a second miracle.

Cardinal Angelo Amato, head of the Congregation for the Causes of Saints, has said that Pope Francis did not dismiss the need for a second miracle, Madges notes, but he recognized that the official position paper for Blessed John XXIII’s case contained numerous accounts of “graces and favors” obtained through John’s intercession, even though none of them had finished going through the canonical process for recognition.

“Another reason Pope Francis proceeded with the canonization of John, who was the architect of the Second Vatican Council, is that there had been a strong desire by its members to declare John a saint at Vatican II’s conclusion in 1965, which was not long after his death in 1963,” Madges adds.

Beyond the performance of miracles, Madges says that saints play an important role in the spiritual foundation of the church, which recognizes them to provide diverse examples of people who have lived a Christian life worthy of emulation. “Because of the holiness of their lives, the saints are venerated, but they are not worshiped,” he says.

Madges, who will attend the canonizations, is the author of numerous books and scholarly articles about Catholic theology, and is also the co-creator of “A Blessing to One Another: Pope John Paul II and the Jewish People,” an award-winning exhibit that has toured around the world. He can be reached at [email protected], 610-660-1347, or by calling the Office of University Communications at 610-660-3240.