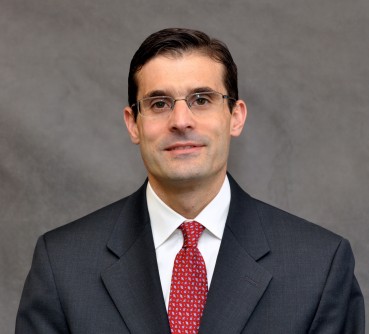 Felix G. Fernandez, MD, from the Emory Clinic in Atlanta

Newswise — Chicago — Patients aged 65 years and older are living longer after lung cancer surgery, and with older people representing a rapidly growing proportion of patients diagnosed with lung cancer, this improved survival is especially significant, according to an article posted online today by The Annals of Thoracic Surgery.

The American Cancer Society estimates that the median age at diagnosis for lung cancer is 70, supporting the premise that lung cancer is predominantly a disease of the elderly. Despite this, older patients with cancer are generally under-represented in clinical cancer trials, including those for lung cancer. This makes the study by Felix G. Fernandez, MD, from the Emory Clinic in Atlanta, and colleagues particularly important.

“The new data linkage between STS and CMS provides a more complete picture of what happens to a large subset of patients beyond the 30 days represented in the STS National Database,” said Dr. Fernandez. “We now know more about long-term survival after our interventions, which is important to patients. This information can be included in the shared decision-making process when discussing treatment options with patients.”

The GTSD data included 37,009 records for patients 65 years of age and older who underwent lung cancer surgery between 2002 and 2012. When merged with CMS data, the records of 26,055 patients were successfully linked, providing access to vital information related to long-term patient outcomes. This included hospital readmission rates, reinterventions (a second procedure), and long-term survival.

In examining the STS-CMS linked data, researchers found that the median survival following lung cancer surgery for pathologic Stage I (early stage) was 6.7 years, almost 2 years longer than the benchmark 5-year survival rate. In addition, the study showed that the 5-year survival rate for selected older patients with advanced lung cancer who were treated with surgical therapy was 29.9% for Stage III and 26.7% for Stage IV.

“This greater than expected survival in older patients selected for operative therapy is noteworthy,” said Dr. Fernandez, “especially considering that the prevalence of lung cancer is expected to increase as the population continues to grow older and more people survive into old age.”

According to the US Census Bureau, the elderly population in the United States is projected to almost double, from the most current estimate of 43 million in 2012 to 80 million by the year 2050.

Dr. Fernandez said that because clinical decision-making in older patients can be fairly complex, the long-term patient outcome information from the STS-CMS linked data certainly will prove beneficial. “This research effort is important because it will assist in recommending effective, optimal treatments tailored specifically to older patients with lung cancer,” he said. “And it is available during a time when we expect to be seeing more of these patients.”

The STS National Database, established in 1989, represents the largest cardiothoracic surgery outcomes and quality improvement program in the world. The Database has three component databases: the Adult Cardiac Surgery Database (ACSD), the Congenital Heart Surgery Database, and the GTSD. The GTSD contains data on nearly 460,000 procedures, including lobectomy and esophagectomy, and has more than 900 surgeon participants.

The Annals of Thoracic Surgery is the official journal of STS and the Southern Thoracic Surgical Association. It has a 5-year impact factor of 4.104, the highest of any cardiothoracic surgery journal worldwide.