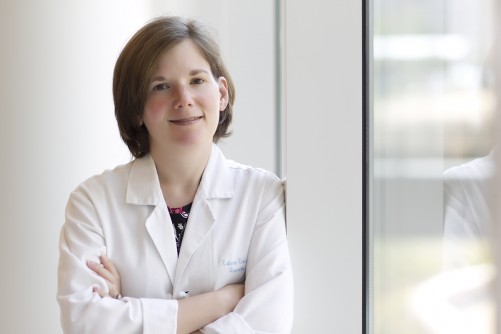 Katherine Reeder-Hayes, MD, MBA, is a researcher with UNC Lineberger Comprehensive Cancer Center and a clinical assistant professor in the UNC School of Medicine. 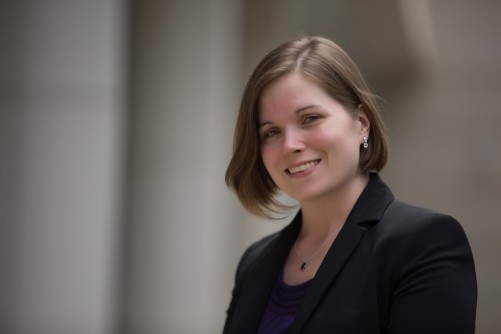 Stacie Dusetzina, PhD, a UNC Lineberger member and assistant professor in the UNC Eshelman School of Pharmacy and the UNC Gillings School of Global Public Health. She is also affiliated with the Cecil G. Sheps Center for Health Services Research.

Newswise — CHAPEL HILL – The advent of targeted drugs for a specific type of breast cancer – HER2 positive – has dramatically improved survival rates for women with the disease. But a study led by researchers at the University of North Carolina at Chapel Hill Lineberger Comprehensive Cancer Center reveals low rates of use of a targeted drug among older women with early-stage breast cancer of this type, and even lower rates for older black women.

“This is significant because we know that there is a large number of women here who are not receiving a therapy that we know would give them a better chance of survival,” said the study’s first author Katherine Reeder-Hayes, MD, MBA, a researcher with UNC Lineberger and an assistant professor in the UNC School of Medicine.

The study, published in the Journal of Clinical Oncology, tracked use of the drug trastuzumab, or Herceptin, among 1,362 women who were diagnosed with non-metastatic HER2 positive breast cancer in 2010 and 2011. The women included were 66 years or older, and insured by Medicare.

Using insurance claims data, Reeder-Hayes and co-principal investigator Stacie Dusetzina, PhD, a UNC Lineberger member and assistant professor in the UNC Eshelman School of Pharmacy and UNC Gillings School of Global Public Health, and other colleagues, found that black women were 25 percent less likely to receive the drug within one year of diagnosis than whites, even after accounting for other factors that could influence access to the treatment such as poverty and the presence of other health conditions.

Overall, they found that approximately half of women in the study did not receive any trastuzumab. Breaking their findings down further by race, the researchers found that 50 percent of white women and 40 percent of black women received some trastuzumab therapy.

“Fifty percent of white women and 60 percent of black women didn't get a drug that improves survival by nearly 40 percent. If confirmed, these are terrible numbers,” said study co-author Lisa Carey, MD, a UNC Lineberger member, the physician-in-chief of the N.C. Cancer Hospital and the Richardson and Marilyn Jacobs Preyer Distinguished Professor in Breast Cancer Research at the UNC School of Medicine. “There was underutilization broadly of what is very effective therapy – we must find out why.”

Trastuzumab has been shown to increase overall survival for HER2-postive breast cancers by 37 percent when combined with postoperative chemotherapy. It targets the human epidermal growth factor, or HER2, protein on the surface of breast cancer cells of this type that helps promote cancer cell growth.

The finding that black women were less likely to receive trastuzumab after adjusting for potential confounding factors reveals that there are truly differences by race, Reeder-Hayes said.

“In many ways, this is not surprising because we know that across many types of breast cancer therapy, black women are less likely to receive treatment for a clinically similar disease,” she said. “But one might hope that having a clear biological marker of eligibility for a treatment in this case – having overexpression of the HER2 receptor -- would mitigate disparities because it would be an objective measure of who should receive the therapy.”

The researchers noted that their study cannot account for several potential limitations that might affect a woman’s ability to be treated with trastuzumab. For example, the drug is costly, and although patients in the sample were all insured by Medicare, there could have been variation in the use of supplemental insurance plans among the women studied.

“Herceptin costs about $5,000 per infusion, so women without supplemental Medicare insurance would have to pay about 20 percent of that amount out of pocket,” Dusetzina said. “However, we’re not sure the cost sufficiently explains the shocking under use of what is a highly effective treatment for this type of cancer.”

In addition, the long period of time that the drug is recommended to be used in combination with chemotherapy may act as a barrier to patients with unreliable transportation or job insecurity.

“It may not be possible to understand exactly which of these things is the driver of a disparity in a particular area,” Reeder-Hayes said. “But I think it’s important to recognize that the package of those factors together can serve as a warning sign of people who may be vulnerable to not getting the care that they need.”

In addition to Reeder-Hayes, Carey and Dusetzina, other authors include Sharon Peacock Hinton, MPA, and Ke Meng of UNC Lineberger. Dusetzina is also affiliated with the Cecil G. Sheps Center for Health Services Research. 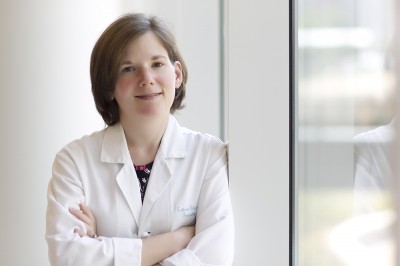 Caption: Katherine Reeder-Hayes, MD, MBA, is a researcher with UNC Lineberger Comprehensive Cancer Center and a clinical assistant professor in the UNC School of Medicine. 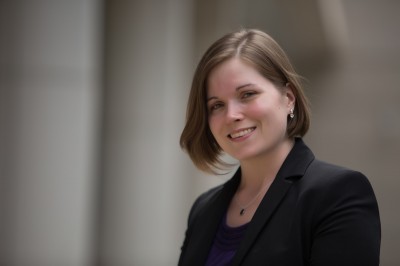 Caption: Stacie Dusetzina, PhD, a UNC Lineberger member and assistant professor in the UNC Eshelman School of Pharmacy and the UNC Gillings School of Global Public Health. She is also affiliated with the Cecil G. Sheps Center for Health Services Research.