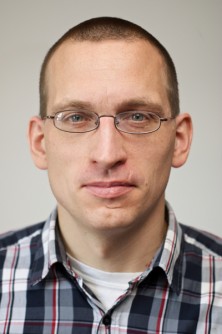 Newswise — Seven-hundred-million year-old DNA sequences from ancient animals have been unearthed by researchers at the Universities of Warwick and Leicester, shedding new light on our earliest animal ancestors and how they influenced modern species – including the sponge.

Dr Sascha Ott (Warwick) and Dr Eran Tauber (Leicester) led the team that has discovered highly conserved sequences in non-coding DNA by analysing the genome sequences of 12 different insects – and have identified a set of 322 non-coding DNA regions which have been evolutionarily preserved for at least 180 million years.

Dr Sascha Ott, Associate Professor in Systems Biology at the University of Warwick, said: "Our comprehensive approach allows us to pinpoint genes such as the Osiris gene cluster which has six deeply conserved regions and is vastly under-studied in comparison to other gene clusters with such a rare make-up.

“As insects are likely to become an increasingly significant part of food security strategies the understanding of insect-specific regulatory systems such as the Osiris genes is relevant."

The ancient sequences were found to be present in a wide variety of modern animals including insects, mammals, reptiles, jellyfish, and even our most distant animal ancestor, the sponge.

The youngest sequences uncovered by the analysis are conserved among bees, ants, and wasps (the Hymenoptera), while the two oldest sequences have been conserved for at least 670 million years – making them among the oldest regulatory DNA sequences of which we know, and would have been present in some of our earliest animal ancestors. The oldest sequence uncovered by the analysis has been shown to be involved in control of translation in the early embryo, ensuring that the right genes are switched on and off for this crucial stage of development.

Dr Tauber of the Department of Genetics at the University of Leicester said: “We are extremely excited about identifying these ancient DNA elements. Their conservation indicates that they serve an important function, and there is already some experimental evidence to suggest that this is indeed the case.

“We are looking forward now to uncovering the specific function of these DNA elements using molecular biology and genetic engineering in our laboratory.”

Only a small part of the genome consists of genes - stretches of DNA sequences that are translated into proteins. These sequences evolve slowly and are generally well conserved between different organisms.

Dr Tauber explained: “The slow evolution of proteins means that, when a new species is sequenced, protein-coding sequences can be easily detected by computationally comparing the sequences of known proteins with the newly sequenced genome.

“The majority of the genome, however, consists of DNA which does not code for proteins. These sequences generally evolve faster than protein-coding sequences, and so identifying functional elements within these sequences is more challenging.”

All of the ancient conserved elements dating from more than 180 million years ago are part of the upstream untranslated regions of transcripts, and occur in a number of key translational regulatory genes.

Some of these sequences have been studied previously, and have been shown to be involved in the regulation of protein translation.

Nathaniel Davies, a PhD student and first author of the paper from the Tauber lab at the University of Leicester said: “This study adds to our knowledge of the known sequences, showing that these sequences have been doing their job for a very long time, and provides scientists with a collection of interesting new sequences to investigate.”

The paper ‘Analysis of 5’ gene regions reveals extraordinary conservation of novel non-coding sequences in a wide range of animals’ is available at: http://www.biomedcentral.com/1471-2148/15/227

Further information about the Tauber lab at the University of Leicester is available at: www.tinyURL.com/tauberLab

The Biotechnology and Biological Sciences Research Council (BBSRC) invests in world-class bioscience research and training on behalf of the UK public. Our aim is to further scientific knowledge, to promote economic growth, wealth and job creation and to improve quality of life in the UK and beyond. Funded by Government, BBSRC invested over £509M in world-class bioscience in 2014-15. We support research and training in universities and strategically funded institutes. BBSRC research and the people we fund are helping society to meet major challenges, including food security, green energy and healthier, longer lives. Our investments underpin important UK economic sectors, such as farming, food, industrial biotechnology and pharmaceuticals.