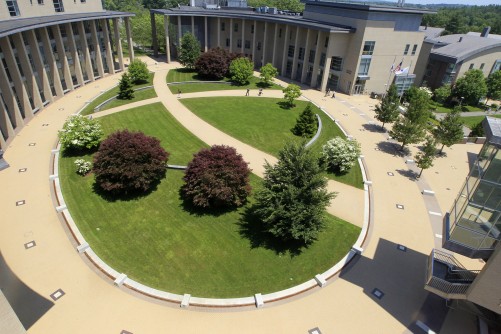 Newswise — U.S. News & World Report has ranked Olin College of Engineering number three in the nation among undergraduate engineering institutions. This is the fourth year in a row that Olin College has earned this spot and the second time it holds the number three position all to itself.

"We are very pleased that U.S. News and World Report has once again recognized the quality of Olin’s engineering program," said Richard K. Miller, president of Olin College. "Our placement, among the top engineering programs in the country, affirms that our innovative engineering program and our commitment to educating engineers dedicated to making a difference in the world is being recognized nationally.”

U.S. News ranks undergraduate engineering programs accredited by ABET. The rankings are based on a survey of engineering deans and senior faculty at all accredited programs among engineering institutions where a bachelor's or master's is the highest degree, conducted during the spring of 2017. Surveys sent to the dean and a faculty member at each accredited program asked them to rate programs with which they're familiar on a scale from 1 (marginal) to 5 (distinguished).

Since its inception in the mid-1980s, the U.S. News college ranking, which groups schools based on categories created by the Carnegie Foundation for the Advancement of Teaching, has grown to be one of the most comprehensive research tools for students and parents considering higher education opportunities.

The rankings may be viewed HERE.