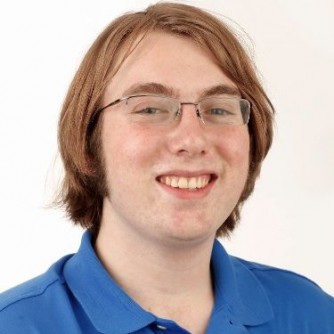 Newswise — For the second year in a row, an Olin student is the recipient of a Department of Defense (DoD) Science, Mathematics and Research for Transformation (SMART) scholarship.

Sophomore Daniel Alhadeff recently learned he won the scholarship—which is awarded to just a few hundred students across the country—and pays full tuition for each student along with a $25,000 per year stipend for room, board and living expenses.

In addition, Alhadeff will have a paid internship each summer and a guaranteed job with DOD right out of college. It is a highly selective process with just under 10 percent of students who apply receiving the award.

“I have always known I wanted to serve my country. I was thinking about defense contracting and then I found out about this. I knew I wanted to apply,” said Alhadeff.

Alhadeff will be working at his top choice of facilities, the Naval Undersea Warfare Center in Newport, Rhode Island, which is not too far from his home in New York. “The division I’m working with will involve submarines. There will be a lot of mechanical engineering involved, ” said Alhadeff, who  is a mechanical engineering major.

Although, initially Alhadoff was a little leery of the three year time commitment after graduation, a tour of the Rhode Island facility and a meeting with his soon-to-be mentor ultimately convinced him.

The award “aims to increase the number of scientists and engineers in the DoD.” Students must maintain a 3.0 GPA and be a citizen of the United States, Canada, United Kingdom, Australia or New Zealand. They must also be willing to commit to working for the DoD for several years after graduation.

This year, students from Carnegie Mellon, Brown, Princeton and a host of other colleges and universities received the SMART scholarship for undergraduate and graduate studies. “The SMART Scholarship is a fantastic way for a student to help pay for their undergrad education while getting good solid technical work experience, and serving our country at the same time.” Said Olin’s Sally Phelps. “We are extremely proud of Dan and Paige.”