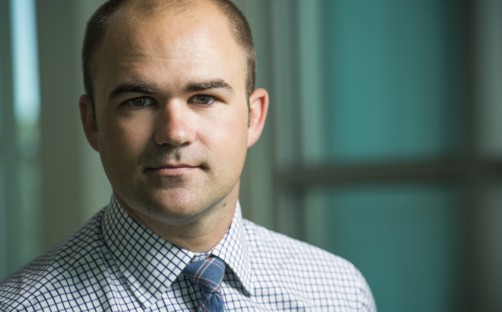 Newswise — Widely recognized for his research in the area of doping — the use of banned performance-enhancing drugs — John Gleaves, associate professor of kinesiology at Cal State Fullerton, serves as co-director for the International Network for Doping Research in Denmark.

When the International Olympic Committee banned the Russian Federation from the 2018 Winter Games in Pyeongchang, South Korea, Gleaves commented: "I think a lot of people suspected that this was coming, following what happened in Rio" in 2016, when the International Association of Athletics Federations ruled that the Russian track and field team would be banned from competing in that year’s Summer Olympics — and the IOC affirmed the action.

Banning a country from the Olympics, says Gleaves, "is incredibly unusual, especially for doping. In that sense it is almost unprecedented."

Gleaves believes that the IOC took the action because its members didn't believe that anything has changed since the Winter Games in Sochi in 2014 or "even though it might be getting better, the IOC is not convinced it is good enough."

Gleaves also serves as co-director of Cal State Fullerton’s Center for Sociocultural Sport and Olympic Research, one of three such centers in the United States.

"Sport values athletes who push the limits, take risks, are willing to sacrifice and play through pain," he said. "If you embrace these ideas too much, you can end up making some bad choices."

Back in 2016, when the Russian track and field team was banned from competing at the 2016 Summer Olympics in Rio de Janeiro, Gleaves observed: "When you have a relatively closed state like Russia, and you have people with political power and finances who think it's more important to win medals than to have clean sport, it’s incredibly difficult for the rest of the world to regulate that," said Gleaves. "Russia's really taken doping to a whole new level with government officials being involved."

He added: "Sports is always a microcosm of the larger landscape, the geopolitical landscape. It parallels other tensions,” Gleaves said, pointing to what had happened in Crimea and Belarus. "We must remember the bigger context in which this is happening."