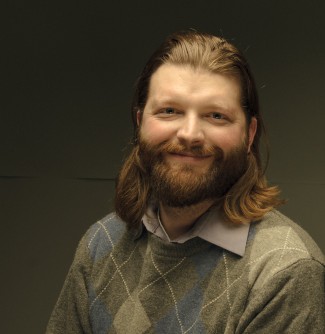 Luke Bowman is a social geologist who specializes in geohazard mitigation and is assisting efforts currently in Ecuador.

Newswise — Luke Bowman is no ordinary geologist. He thinks about people and communities as much as he considers the dangers of landslides, volcanoes and earthquakes. Bowman is a social geologist with a unique interdisciplinary take on mitigating and responding to geohazards. Right now, he is in Ecuador, not only applying that research but actively helping communities respond to the recent 7.8-magnitude earthquake.

A recent doctoral graduate of Michigan Technological University, Bowman took a faculty position at Yachay Tech University in Urcuquí, Ecuador, where he’s due to start teaching in the fall. Throughout the next week, he will be visiting the coast, helping communities respond and recover.

"No matter how good the science is, or how well we can predict where a hazard could occur, there’s still a human component we shouldn’t ignore,” Bowman says, adding that local communities often have a stronger working knowledge of a place than outside researchers. He says researchers and disaster aid workers can be of greater help when they have a clearer understanding of the broader social and cultural context of geohazards.

Understanding how to improve disaster response stems directly from Bowman's graduate research and his time spent in the Peace Corps in Honduras. Additionally, Bowman spent much of his Ph.D. research in El Salvador—and as a Fulbright Fellow—studying landslides at the San Vicente Volcano.

On the volcano's flanks, Bowman and colleagues from El Salvador and Michigan Tech analyzed physical data—everything from rainfall to slope stability calculations—and gathered social data from one-on-one interviews, community gatherings and key documents. This enabled Bowman and his colleagues to look into reasons why people live in such hazardous places and to suggest more realistic evacuation plans and emergency protocols. With the local communities invested in the work, they could account for social vulnerability as well as geophysical vulnerability.

Bowman can be reached by email [email protected]; he will not have phone access.