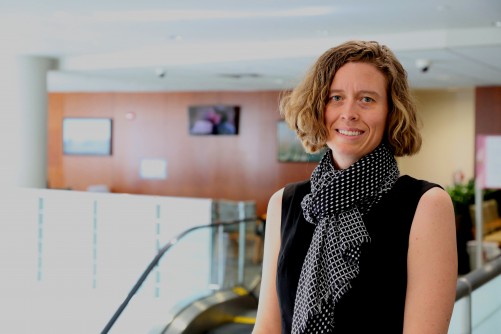 Newswise — In a new study published in Breastfeeding Medicine, researchers have created an online calculator to estimate the impact of changes in breastfeeding rates on population health.

“An Online Calculator to Estimate the Impact of Changes in Breastfeeding Rates on Population Health and Costs” appeared ahead of print today.

"Breastfeeding is good for mothers and good for babies," said Dr. Alison Stuebe, associate professor of maternal-fetal medicine in the UNC Department of Obstetrics and Gynecology and Distinguished Scholar of Infant and Young Child Feeding at the UNC Gillings School of Global Public Health, lead author of the calculator paper. "We found that even modest changes would be expected to reduce ear infections, GI illnesses and child obesity."

Leveraging results from the research team's 2016 study on the costs of suboptimal breastfeeding, the calculator allows users to select a population and specify a future breastfeeding rate to generate a report on the expected impact on five maternal and nine child diseases.

Users can model the entire U.S. population, or specify any of the 50 states or the District of Columbia.

“This calculator will be a game-changer for people making policy on maternal and child health and paid family leave,” said Dr. Melissa Bartick, assistant professor of medicine at Cambridge Health Alliance and Harvard Medical School and lead author of the team’s original cost study.

The calculator estimates the impact of differences in breastfeeding rates in a modeled population of women followed from age 15 to age 70 and the children that they bear, based on current U.S. patterns of childbearing and very low-birth-weight births, as well as current rates of maternal and child diseases associated with breastfeeding.

"All models are models, and they rest on a set of assumptions," Stuebe said. "Our goal was to provide policy makers and advocates with an approximation of the return on investment for interventions that enable women to breastfeed."

The research was funded by the WK Kellogg Foundation, in a grant to Cambridge Health Alliance, a Harvard teaching institution. The calculator is hosted by the United States Breastfeeding Committee, online at http://www.usbreastfeeding.org/saving-calc

Breastfeeding Medicine. September 2017, ahead of print