Online Creep: Targeted Ads May Have Opposite Effect of Marketers’ Intent 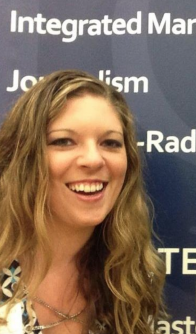 Newswise — ITHACA, NY — A recent study suggests online advertisements that target users based on their web browsing habits and other personal information have a negative impact on the person’s intent to purchase the product. But the fact that users find this practice “creepy” runs counter to conventional wisdom among online marketing professionals.

The study was conducted by Lisa Barnard, assistant professor of integrated marketing communications at Ithaca College. Her background in social media listening as part of New York City’s advertising industry served as the impetus for the study into how consumers felt about being tracked.

"My experience was that consumer's reactions to it were not good. They found it to be really creepy. We would get hate mail back when they realized what was happening," Barnard said.

The practice of tailoring ads to individuals is so prevalent because online marketers are relying on older research about the effectiveness of tailored ads and failing to consider how newer technologies can keep detailed tabs on a specific consumer’s activity. That combination has led to creepy advertising.

“Creepiness” is defined by the feeling consumers get when they sense an ad is too personal because it uses data the consumer did not agree to give – such as online searches and browsing – and when they’re unclear how and where that information will be used.

Participants in the study were actually told they were participating in two separate studies in the same sitting. In the “first,” they were shown a page from a mock shopping site. Some participants saw a USB flash drive while others saw an ad for acne cream. They were asked to read the details of whichever product they saw and to rank the features of each afterward.

The two products were chosen because they are roughly equal in price, not gender-specific, and easily targeted toward college students, who made up the sample population. The USB drive was considered neutral, while the acne medication was selected because it was something a college student might not want marketers associating with them.

Participants were then asked to respond to questions about the ad that ranked their perceptions of creepiness, threat, feelings about seeing the ad (for example: irritated, angry, happy, or upbeat), their attitude about seeing the ad, the likelihood they would purchase the advertised product, and whether they felt manipulated by having seen the ad they were shown.

Barnard found that marketers are correct there is a direct, positive affect on a consumer’s intent to purchase a product after viewing an ad tailored to them. However, she also confirmed there is an indirect and negative effect based on the “creepiness factor” that comes from being targeted individually. That indirect effect accounts for a 5 percent reduction in intent to purchase an advertised product.

Targeted ads are nothing new, Barnard said, and are proven effective. But in decades past they were based on larger demographic descriptions, such as age or hobbies. Now, with personal information scattered across databases, it’s not hard for marketers to assemble more specific consumer descriptions.

That’s what consumers find creepy and what marketers are failing to consider, Barnard said. "Even these digital natives, these Millennials, were bothered by this. They know they're being marketed to. And they don't like that."

She’s heard from students who have told her they won’t go on Facebook in front of others due to concern about embarrassing targeted ads. She offered an example: “You think you're discreetly buying condoms online, then you're on Facebook and there's an ad for condoms and people are like 'Hey dude, what have you been looking for online?’”

Barnard encourages online marketers to recognize consumers’ sense of violation when ads are too specifically tailored. "It's kind of a double-edged sword. Marketers have been making blanket assumptions that the more data we have the more we should use. But my argument is that just because we have all of that data, doesn't mean you should just go ahead and use it all the time in all cases,” she said.

Barnard will be presenting her findings at the 2015 International Communication Association Conference this May in San Juan, Puerto Rico.