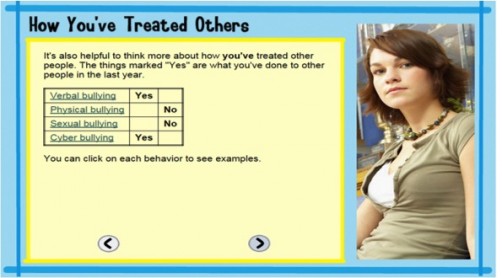 A screenshot from StandUp, an online school-based anti-bullying program 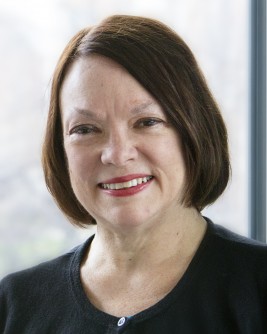 “Part of convincing schools to use technology to address bullying is proving its effectiveness,” said Jane Timmons-Mitchell, a senior research associate with the university’s Begun Center for Violence Prevention Research and Education at the Jack, Joseph, and Morton Mandel School of Applied Social Sciences. She led a research team evaluating the program, known as StandUp.

Most anti-bullying programs are taught as a curriculum in-person and have proven to be a hard sell to schools pressed to complete compulsory coursework and testing. They have also yielded mixed results but have been especially ineffective for non-white students and students in eighth grade and higher.

“We have to go where the kids are, instead of telling them where they should be,” said Timmons-Mitchell. “We do that by using new technology.”

In a 2013 survey by the Centers for Disease Control and Prevention, nearly 20 percent of high school youth said they had been bullied on school property in the last year alone. Overall, 14 percent to 54 percent of students in the United States report involvement with bullying, according to previous academic research.

All states have laws and/or policies that require schools to provide a mechanism to address bullying.

“Any participation in bullying can affect youth negatively. Being both a bully and a victim can lead to depression, self-harm, suicidal ideation and suicide attempts,” said Timmons-Mitchell, adding that perpetrators of bullying are more likely to commit crimes as young adults.

StandUp consists of three half-hour sessions taken three months apart. The program is designed to present different tracks if a user identifies as a bully, as a victim of bullying, or a passive bystander—or as a combination of the roles.

Video clips of dramatized bullying situations in schools are interspersed, prompting responses—for example: “What do you think the bystander should do?”

Users are given individualized guidance matched to their bullying experiences, including an emphasis on six healthy relationship skills:

• Using calm, nonviolent ways to deal with disagreements (leaving the room to cool down, for example);• Respecting the boundaries of others;• Communicating feelings and needs clearly and respectfully;• Making decisions in social situations that are right for each person; • Respecting the feelings and needs of other people; • How to appropriately take a stand to stop bullying.

Studies have shown that adolescents especially respond more honestly to questions delivered by computers than on paper, Timmons-Mitchell said.

“Computers make it easier to deliver a strong message to adolescents,” she said, “that continuing down a negative path could land you in serious trouble and endanger the well-being of others.”

The producer of StandUp, Pro-Change Behavior Systems Inc., is revising the program for additional testing in schools based on researchers’ findings. Later this year, a clinical trial in schools is planned in Rhode Island.

The research was funded by a grant from the Health Resources and Services Administration, an agency of the U.S. Department of Health and Human Services, under H98MC26260 “Project CARE for Epilepsy,” to Tatiana Falcone, a child and adolescent psychiatrist, at Cleveland Clinic.

Co-investigators of the project and co-authors of the paper “Pilot Test of StandUp, an Online School-Based Bullying Prevention Program,” (doi: 10.1093/cs/cdw010) published in the journal Children & Schools, are: Deborah A. Levesque, chief science officer at Pro-Change Behavior Systems Inc. and main author and creator of StandUp; Leon A. Harris III, a research assistant with the Begun Center; Daniel J. Flannery, the Semi J. and Ruth W. Begun Professor at the Mandel School and director of the Begun Center; and Falcone. 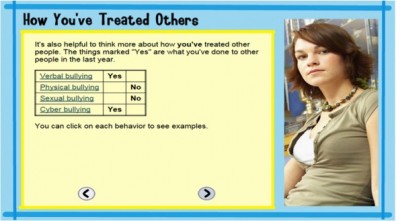 Caption: A screenshot from StandUp, an online school-based anti-bullying program 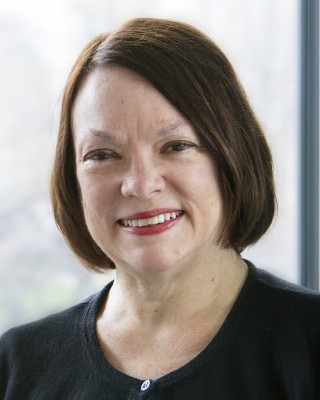