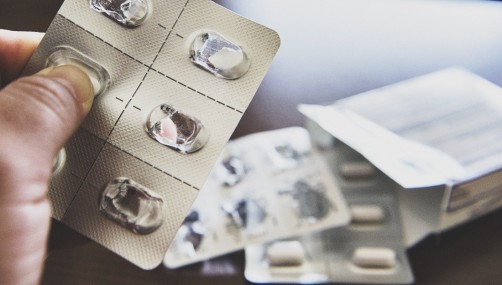 Newswise — With the opioid epidemic growing, some people are turning to an unusual and very dangerous alternative: taking massive doses of a common antidiarrheal drug called loperamide, often sold over the counter under the brand name Imodium. Researchers from the Texas A&M Irma Lerma Rangel College of Pharmacy explained the issue in a recent article in the Journal of the American Pharmacists Association.

“It’s a rapidly growing problem,” said John D. Bowman, MS, associate professor of pharmacy practice at the College of Pharmacy. “When people who are addicted to prescription opioids or heroin can’t get those drugs and don’t want to experience the withdrawals, it seems that some have been taking large quantities—sometimes more than 100 capsules—of loperamide. It’s readily available from supermarkets, pharmacies and the internet in whatever quantities a person may want.”

The researchers wanted to quantify just how big of a problem this easy access may represent. “We looked at case reports of loperamide abuse dating back to the 1980s, and we found a significant jump in cases since 2014, which is when hydrocodone moved to a schedule 2 drug,” said Heather Miller, PharmD, assistant professor of pharmacy practice at the College of Pharmacy and co-author of the article. “We’re not necessarily saying there is a connection, but the timing is interesting.” It could be that as hydrocodone, an opioid drug, became more difficult to find, people addicted to prescription pain medication needed to look elsewhere.

However, although loperamide is quite safe when taken at recommended doses, when taken in such large quantities, it can cause the heart to beat abnormally, which can result in death. When someone overdoses on prescription opioids, death is usually caused by difficulty breathing, and that’s why first responders have naloxone to administer in the field. Loperamide overdose is a little bit different; the toxicity is primarily in the heart, so there have been a number of reports of death from abnormal heart rhythms, which can’t be reversed by naloxone.

Loperamide may be especially dangerous because first responders and emergency room staff aren’t used to considering it as a possible cause of the patient’s symptoms. “Loperamide isn’t on our radar, and physicians aren’t thinking of it as a drug of abuse when patients present with odd symptoms,” Miller said. “It also doesn’t show up on a standard drug screening and so is probably overlooked quite often—the 54 cases that we found in our research are likely just the tip of the iceberg.”

The case studies did indicate the type of patient at the highest risk: young males with a history of substance abuse.

Miller and Bowman aren’t necessarily advocating that sale of loperamide be restricted, but they did note that it wouldn’t be unprecedented: strict laws have limited the quantity of pseudoephedrine-containing products like Sudafed that could be sold per person per month, and purchasers are required to be 18 years old or older. “It’s still such a new observation, but it’s a growing problem, and I don’t think we should just watch it happen,” Miller said. “Even if we just required something like what is done with Sudafed, that might be a good start.”

Most of all, though, the researchers want pharmacists to keep an eye on their shelves and notice if someone is buying massive quantities. “Certainly it’s something that is a growing problem that pharmacists—indeed, all health care providers—should be aware of,” Miller said.

“It’s a small problem compared with the overall abuse of opioid drugs,” Bowman added, “but this is starting to become an issue, with usage rising exponentially.”