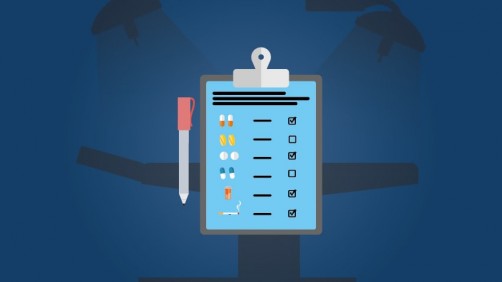 The study's findings suggest that doctors should check whether patients are already taking opioids before scheduling them for elective surgery.

Newswise — ANN ARBOR, MI – Surgery patients often go home from the hospital with a prescription for painkillers to take as they recover.

But a new study suggests that doctors should also focus on patients who were taking such medicines before their operations.

People who received prescriptions for opioid painkillers in the months before elective abdominal operations had longer hospital stays, and a higher chance of needing follow-up care in a hospital or rehabilitation facility, than patients who weren’t taking such medications before they had the same operations, the study finds.

The extra care translated into higher costs for their post-surgery care – double or triple the amount, with higher opioid doses associated with higher costs. The results are published in Annals of Surgery by a team from the University of Michigan Institute for Healthcare Policy and Innovation.

The new findings, and past research on the association between opioids and outcomes for other types of surgery, are enough to prompt the researchers to suggest that pre-operation opioid use should be considered a preoperative risk factor.

“We often pause when we are considering elective surgery with a patient, based on known risk factors such as smoking, anticoagulant use, and overall medical conditions. These findings suggest that perhaps preoperative opioid use warrants the same awareness,” says Jennifer Waljee, M.D., M.S., lead author of the study and a plastic surgeon at Michigan Medicine, U-M’s academic medical center.

Options such as tapering down opioid doses and alternative pain relief approaches could be options prior to surgery, she explains. But also, she says, “Physicians should make a plan to manage the patient’s pain during the perioperative period that takes into account their past opioid use.” Past research has suggested that chronic opioid use may lead to tolerance and can increase sensitivity to pain – leaving patients more vulnerable after an operation.

Waljee and her U-M colleagues have launched a massive effort to help surgeons across Michigan prescribe opioids wisely – and understand the special needs of patients who come to them already taking opioids. Called Michigan-OPEN, it has funding from IHPI and the Michigan Department of Health and Human Services. Waljee and her colleagues have a commentary in the new issue of Annals about the initiative.

About the new study

Before doing the new national study, the authors identified similar trends in Michigan hospitals using data from the Michigan Surgical Quality Collaborative, led by medical student David Cron and published online in July 2016 before being included in the new issue of Annals. In that study, 21 percent of patients used opioids prior to surgery, according to their medical records. They had a substantially higher risk of complications, readmissions, and higher costs.

For the new study, the authors used national claims data drawn from private insurance companies, through IHPI’s repository from Truven Health MarketScan. They studied more than 200,000 middle-class Americans who had common operations -- hysterectomies, bariatric surgery, hernia repair and reflux surgery – over a 42-month period, and who spent at least one night in the hospital.

About nine percent of the patients had filled at least two opioid prescriptions within the 90 days before their operation -- including at least one within a month before the operation. They tended to have more medical and psychological conditions than non-opioid patients.

The patients who had been prescribed opioids before surgery spent an average of an extra half a day in the hospital after their operations, the researchers found – even after they adjusted for a wide range of co-existing factors such as medical conditions and demographic characteristics.

They also were more likely to end up back in the hospital or to go to a rehabilitation facility within 30 days of the operation -- except for those taking the lowest-possible doses. These difference weren’t huge – 4.5 percent of opioid users had a hospital readmission, compared with 3.6 percent of those who hadn’t taken opioids. But they were enough to make a difference in cost.

These data add to a growing body of evidence that in general shows that patients who take opioid painkillers on an ongoing basis use more medical care, and have higher medical costs, than those who don’t.

“The bottom line is that preoperative opioid use is an important and potentially modifiable risk factor prior to surgery, and should be on surgeons’ radar as well as the minds of primary care providers,” says Waljee. “Coordinating care throughout the surgical period could improve clinical outcomes and the patient experience.”

In addition to Waljee and Cron, the new study’s authors are Rena Steiger, M.P.H. and Lin Zhong, M.D., M.P.H., research coordinators in the Section of Plastic Surgery of the U-M Department of Surgery; and Waljee’s co-leaders in the Michigan-OPEN effort, transplant surgeon Michael Englesbe, M.D., and anesthesiologist Chad Brummett, M.D., who heads the Division of Pain Research in the U-M Department of Anesthesiology.

The study was funded by Waljee’s grant from the Agency for Healthcare Research and Quality (HS023313). For disclosures, please see the paper.