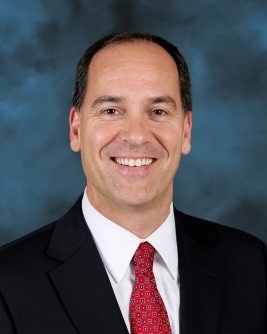 John Wagner is a 2013 recipient of the Department of Energy’s Ernest Orlando Lawrence Award.

Wagner, a nuclear engineer who serves as national technical director for DOE’s Nuclear Fuels Storage and Transportation Planning Project, was recognized for his leadership in the field of computational radiation transport.

“The Lawrence Award recipients announced today have made significant contributions to the national, economic and energy security of the United States – strengthening U.S. leadership in discovery and innovation,” said Energy Secretary Ernest Moniz. "I congratulate the winners and thank them for their work on behalf of the Department of Energy and the Nation."

“John's recognition by the Department of Energy is extremely well deserved,” said ORNL Director Thom Mason. “His achievements in the field of computational radiation transport analysis represent the depth of expertise and knowledge the national laboratories apply to critical research areas.”

Wagner’s award cites his efforts in the “groundbreaking theory and development of consistent, accurate, and efficient Monte Carlo computational solutions of the Boltzmann transport equation over the complete domain, and for its broad application to complex real world radiation transport problems.”

He is a fellow of the American Nuclear Society and has authored or co-authored more than 140 publications. He earned his master’s and doctorate degrees in nuclear engineering from Pennsylvania State University and a bachelor’s from Missouri University of Science & Technology.

He lives in Knoxville with his wife Stephanie and six children: Victoria, Jack, Luke, Elizabeth, Johnny and Eric.

The Lawrence Award honors the memory of Nobel Laureate Dr. Ernest Orlando Lawrence, inventor of the cyclotron. The six recipients will receive a medal and $20,000 honorarium at a Washington, D.C. ceremony later this year. For more information, visit http://science.energy.gov/lawrence/.

ORNL is managed by UT-Battelle for the Department of Energy's Office of Science. DOE’s Office of Science is the single largest supporter of basic research in the physical sciences in the United States, and is working to address some of the most pressing challenges of our time. For more information, please visit science.energy.gov.

Cutline: John Wagner is a 2013 recipient of the Department of Energy’s Ernest Orlando Lawrence Award.