Outcome of New Hampshire Primary Could Spell Disaster for Republicans 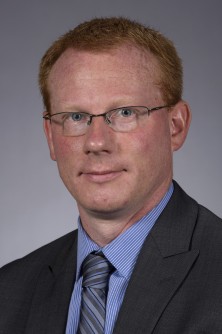 AMES, Iowa – David J. Andersen, assistant professor of political science at Iowa State University, says New Hampshire Republicans will have a strong say in the party’s prospects in 2016. The primary will answer two questions: 1. Can Donald Trump pull out a victory? 2. Can Marco Rubio hold off Jeb Bush and John Kasich?

“Trump's huge lead in New Hampshire makes him appear as a frontrunner, but if he fails to maintain it and comes in second again or worse, I think he’ll quickly be forgotten as a competitive candidate. Trump must win in New Hampshire.

“The real battle and the clear focus in New Hampshire is the fight between Rubio, Kasich and Bush and to a lesser degree Christie. If Rubio prevails again, the other three establishment candidates should be pressured to drop out, setting up the rest of the primaries as a three-way battle between Trump, Cruz and Rubio. However, if Rubio falters and one or more of the establishment candidates finishes above him, the Republican Party is in dire trouble.

“If the party has not slimmed down to a few candidates by Super Tuesday, it is in for a long, bitter and potentially ruinous contest up until the convention, and potentially at the convention. While this will make for great TV and entertainment, it will kill the chance of winning the presidency,” Andersen said.

As for the Democrats, New Hampshire doesn’t matter at all.

“Bernie is going to win in a landslide, because he is a ‘boy next door’ candidate. I don't think we’ll learn anything important from the results. As the campaigns turn south into more diverse territory, Sanders is going to have to keep pace with Clinton, and I don't think he has the organization put together to do so. He did great in turning out young voters in Iowa, but that was the result of months of efforts. He just doesn't have the time available to do the same elsewhere,” Andersen said.