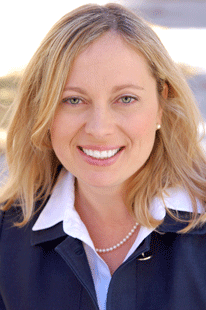 Newswise — Tumor shrinkage is not the only measure of a successful anti-cancer therapy. A University of Colorado Cancer Center article published in the journal Frontiers in Oncology describes a promising alternative: metabolic imaging. Tumors rush their metabolism to grow and proliferate. By recognizing a drug's ability to stop this energy overuse, doctors may be able to determine a patient's response to a new, targeted therapy far earlier and with far more precision than watching and waiting for a tumor to shrink.

"What we have been using for decades is called RECIST – it measures the dimensions of a tumor and it does a good job of showing a patient's response to chemotherapy and radiation. These therapies (called cytotoxic) kill cells and so if they are working, we see the tumor shrink," says Natalie Serkova, PhD, investigator at the University of Colorado Cancer Center and professor at the University of Colorado School of Medicine.

Serkova points out that a recent article published in the Journal of Clinical Oncology shows that 15 percent of patients who are taken off clinical trials due to perceived lack of response to a trial medication aren't in fact non-responders – the drug may be working for these people in a way that is not captured by RECIST.

"With this criteria, it doesn't look like the new experimental drug is working. But it may be the criteria and not the drug that is failing in trials of these new targeted therapies," says S. Gail Eckhardt, MD, FASCO, associate director for translational research at CU Cancer Center, the Stapp Harlow Chair in Cancer Research at CU SOM, and the paper’s senior author.

One possible solution is to image a tumor's metabolic rate, such as glucose uptake. "Cancer are gluttons for glucose," Eckhardt says, meaning that in order to drive their growth, cancers burn glucose at many times the rate of healthy cells. Drugs including anti-EGFR therapies stop cancer cells' ability to over-use glucose.

"These new therapies stop a cancer cell's glucose uptake within 24 hours after the first dose, but changes in tumor volume happen months later," Eckhardt says. Is the drug working? Watching for changes in a tumor's use of glucose could answer this question months earlier than current RECIST criteria.

Finally, new criteria are desperately needed to determine the success of immunotherapies.

"With useful immunotherapies like PD1 and PDL1 checkpoint inhibitors, we can actually see an initial increase in tumor size. A successful immune response against a tumor is marked by inflammation which might mimic an increase in tumor dimensions. With RECIST criteria that prioritizes tumor volume, inflammation can make it look like these drugs have made the cancer worse," Serkova says.

"RECIST will remain the gold standard to measure the success of classic, cytotoxic therapies like chemotherapy and radiation – therapies whose singular goal is cell death," Serkova says. "And it remains useful in characterizing the response to these new targeted therapies after they have had months to eventually result in tumor shrinkage. But new measures are needed to show before months have passed whether these drugs are working."

The immediate danger, say Serkova and Eckhardt, is that patients are missing out on successful treatments because current measures make them seem unsuccessful. In the researchers’ opinion, the various forms of metabolic imaging could provide alternative tests of a patient's response to novel targeted therapies.