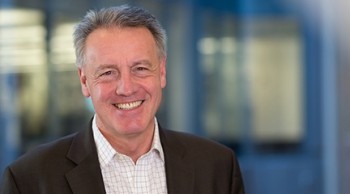 The grant will support Altieri’s ongoing research into how tumor plasticity – the ability of tumor cells to adapt to stressful conditions found in the surrounding microenvironment – catalyzes the acquisition of new traits, including drug resistance and the ability to metastasize, a process of tumor cell dissemination to distant organs that heralds an incurable and potentially life-threatening phase of the disease.

“It is an honor to receive this prestigious grant that will impact my research efforts over the next several years by offering the freedom to take on innovative projects and break new ground in line with the current trajectory of my research,” said Altieri, who is also the Robert and Penny Fox Distinguished Professor. “Because of investments into understanding cancer genes and their pathways, many scientific milestones have come to fruition in the last half century, but the long-term success of virtually any type of cancer therapy is still hampered by the onset of drug resistance and disease dissemination.”

Altieri’s research will focus on the central role of mitochondria in tumor plasticity and how reprogramming of mitochondrial functions drives disease progression and in particular metastatic dissemination.

“This grant will advance our understanding of how the enormous adaptability of tumor cells reprograms key cellular functions in metabolism, survival and proliferation to confer more aggressive disease traits,” he added. “Ultimately, the expectation is that the new knowledge will help us exploit new, unprecedented vulnerabilities in this process of cellular adaptation for innovative drug discovery efforts to benefit patients with late-stage disease.”

The NCI’s Outstanding Investigator Grant recognizes a highly accomplished scientist whose significant and exceptional research is transforming the field and has far reaching impact on cancer research. It provides extended funding and in doing so changes the approach to doing research thus encouraging investigators to pursue high risk, high reward projects.

The Wistar Institute is an international leader in biomedical research with special expertise in cancer, immunology, infectious diseases and vaccine development. Founded in 1892 as the first independent nonprofit biomedical research institute in the United States, Wistar has held the prestigious Cancer Center designation from the National Cancer Institute since 1972. The Institute works actively to ensure that research advances move from the laboratory to the clinic as quickly as possible. wistar.org