Ovarian Cancer Target Molecule May Be Key to Blocking Its Spread 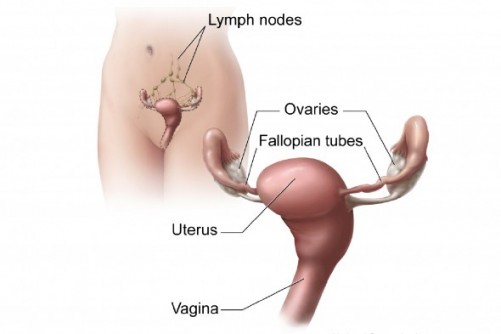 Newswise — Blocking a protein found on the surface of ovarian cancer cells could prevent or reduce the spread of the disease to other organs, according to new research at the University of Illinois at Chicago.

The American Cancer Society estimates that 22,440 women in the U.S. will receive a new diagnosis of ovarian cancer this year. About 15,000 will die from the disease, which ranks fifth in cancer deaths among women and No. 1 among cancers of the female reproductive system. It is often diagnosed in a late stage, after the cancer has spread to other organs, making it incurable to currently available treatment options.

“The greatest barrier to our ability to treat cancer in this stage is that we know very little about the molecules that cause the disease to spread,” said Maria Barbolina, associate professor of biopharmaceutical sciences and lead researcher of the study. “The goal of our research is to identify key molecules that govern metastasis and use them as targets for the development of new drugs.”

Barbolina and her colleagues hypothesized that biomolecules successfully targeted with drugs in other cancers might also be targets in metastatic ovarian cancer. In earlier research, Barbolina discovered that a fractalkine receptor — a protein found on the cell surface — is expressed in the majority of ovarian cancer cases. It could help the cancer spread to other organs throughout the body when stimulated by another protein that binds to it.

In her latest findings, published in the journal Oncogene, Barbolina demonstrated in a mouse model that by lowering production of the fractalkine receptor, tumors did not metastasize to nearby sites of the peritoneal wall, bowel or liver.

Nearly a third of all cancer drugs target G protein-coupled receptors, of which fractalkine is one, so “we reasoned that blocking it may prevent or reduce ovarian cancer metastasis, because it’s expressed in 64 percent of metastatic ovarian carcinoma specimens,” Barbolina said.

Symptoms of ovarian cancer include bloating, pelvic or abdominal pain, feeling of fullness, or urinary tract complaints. The cancer mainly develops in older women, after menopause — about half are 63 or older. A woman’s lifetime risk of getting ovarian cancer is about one in 75.

The research was funded by the National Cancer Institute (grant number CA160917) and Ovarian Cancer Research Foundation Liz Tilberis Scholar Award. Co-authors of the study include Hilal Gurler Main, Jia Xie and Goda Muralidhar of the UIC College of Pharmacy, and pathologists Osama Elfituri, Haoliang Xu and Andre Kajdacsy-Balla of the UIC College of Medicine.