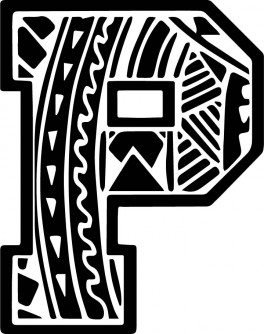 Newswise — Pacific University (Ore.) will celebrate more than 60 years of its Hawaiian tradition with a series of historic events on the Islands Sept. 15-17, culminating with the Boxers’ first-ever football game in Hawai’i. The game is also believed to be the first-ever NCAA Division III game held in the state.

When the Boxers meet Occidental (Calif.) College at Kūnuiākea Stadium on the campus of Kamehameha Schools Kāpalama on Saturday, Sept. 17 at 5 p.m., it will further solidify the university footprint on the Islands that has been many years in the making.

Sixteen student-athletes will play as Boxers in front of their families, friends and alumni for the first time. Prior to Saturday, the only option for Hawai'i residents to see Boxer Football, other than traveling, has been to watch a videostream of the game at the university’s Hawai’i office. Pacific's football roster contains the second-highest number of players from Hawai'i in the country, second only to the University of Hawai'i at Manoa.

While the game is certainly the most anticipated attraction, a number of other activities to bring the Pacific University Boxer 'Ohana together have prompted Hawai’i Governor David Ige and Honolulu Mayor Kirk Caldwell to proclaim the week of Sept. 12-18 as "Pacific University (Ore.) Week."

The week will also include the university Board of Trustees' first-ever meeting in Hawai'i, as well as a fundraiser golf tournament (Sept. 15), special evening reception at the Manoa Grand Ballroom (Sept. 16) and pregame party (Sept. 17). Newly elected Board of Trustees chair Gerald Yoshida, a Honolulu-based attorney and 1973 alumnus of Pacific, will preside as the first chair from Hawai’i as well.

Based in the relatively small community of Forest Grove, Ore., about 25 miles west of Portland, Pacific University has been a home away from home for thousands of Hawai’i residents pursuing higher education on the mainland since the 1950s.

Today, 17 percent of the university’s undergraduate enrollment hails from the Islands and more than 1,500 engaged alumni call Hawai’i home. All told, more than 3,000 alumni, current students, parents and friends of the university live in Hawai'i.

The three-day series of events in Hawai’i are a way for the university to recognize and honor some of its staunchest supporters for service they provide that directly benefits the entire Pacific community, President Lesley Hallick said.

Such service includes preparation and administration of the university's annual lu'au, held each April, that annually attracts some 1,800 spectators and hundreds of alumni and parents of students from the Islands to administer the event. Preparation begins months in advance in Hawai'i at the homes of parents and alumni.

Trey Kodama, an All-Northwest Conference senior linebacker from Pearl City and Kamehameha Schools alumnus, looks forward to playing in front of his family and friends and said the university's commitment to inclusion and diversity is readily apparent by what it does to make Hawai'i residents feel welcome in Oregon.

"Ohana over everything - taking care of each other - is the hallmark of Hawaiian culture," Kodama said. "What Pacific does for those of us from Hawai'i is make the environment as inviting and friendly as it is on the Islands. From the food service - where rice is provided at every meal and spam and bento Fridays are the norm - to all of the learning services and activities, Pacific truly embodies the 'Ohana over everything' principle."

For three days next week, Pacific in Hawai'i 2016 will bring Boxer 'Ohana together and demonstrate just how much of a home away from home the university really is for thousands of Hawaiian residents.

-More than 50 percent of all practicing optometrists in Hawai'i are Pacific University (Ore.) College of Optometry alumni.

-Pacific University opened an office in Hawai'i in 2013 to serve alumni, current students and their families.

Founded in 1849, Pacific University (Ore.) is a diverse and sustainable community dedicated to discovery and excellence in teaching, scholarship and practice. The university consists of colleges of Arts & Sciences, Optometry, Education, Health Professions and Business, with campuses in Forest Grove, Hillsboro, Eugene and Woodburn.