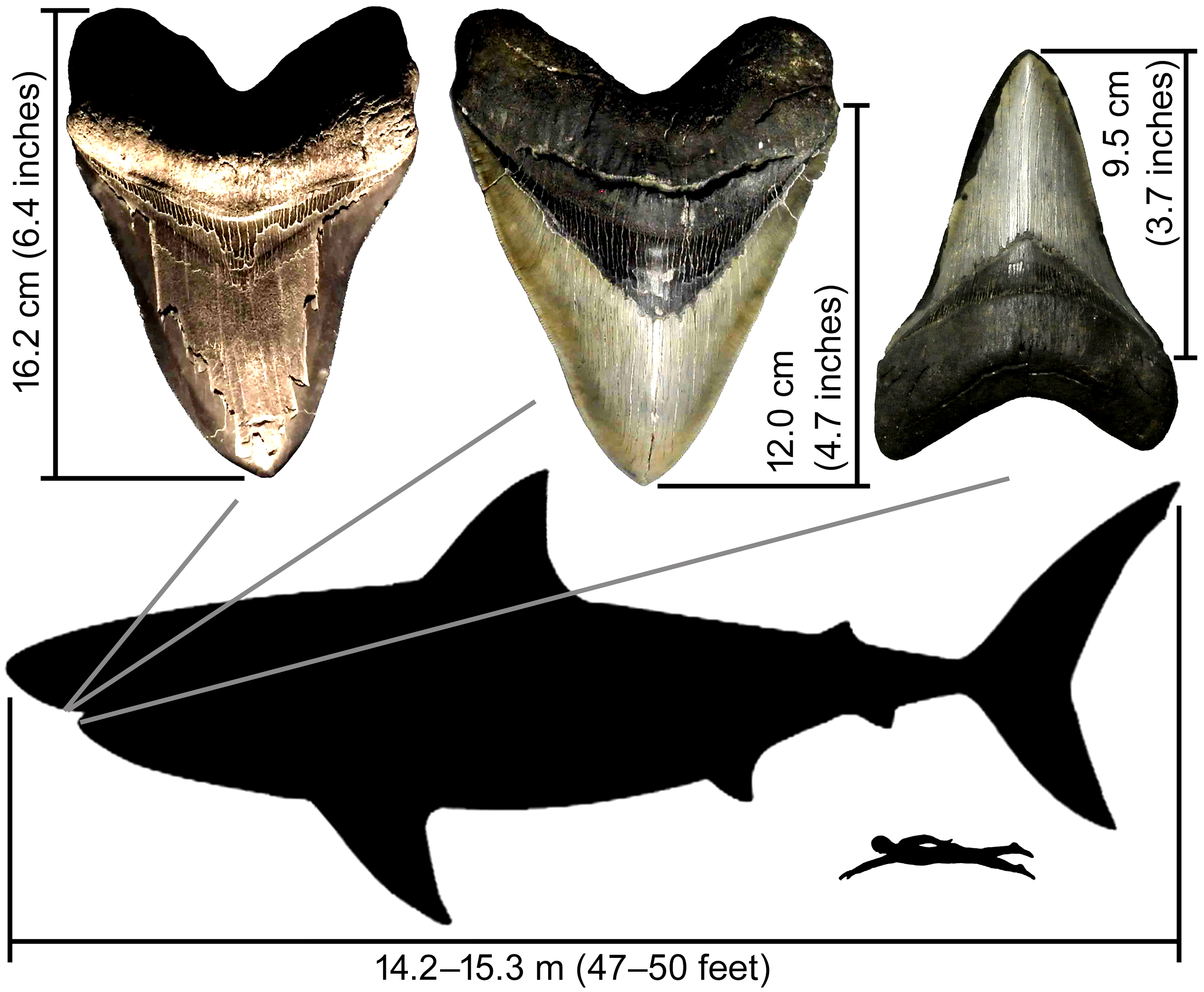 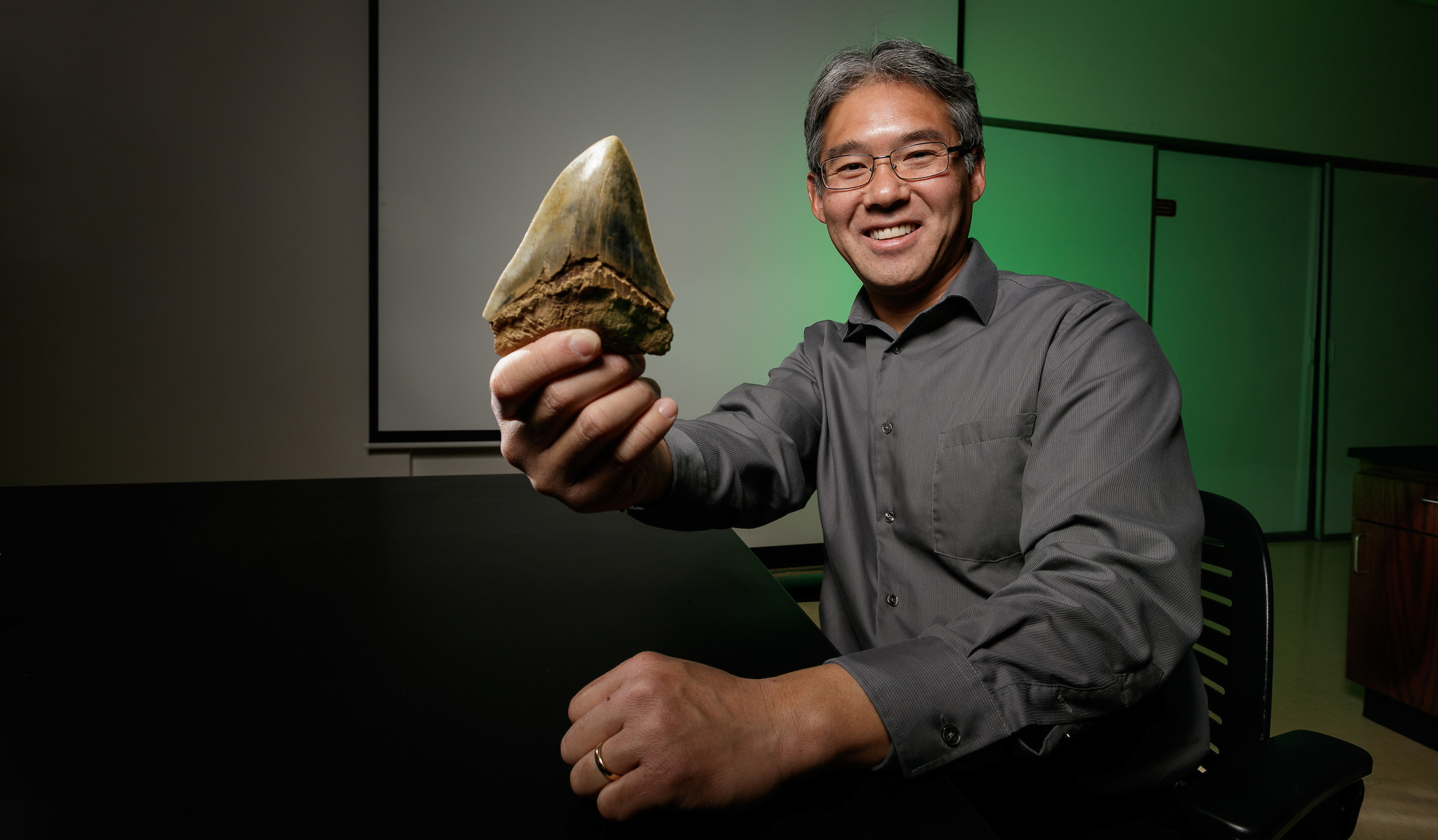 Newswise — CHICAGO — The iconic extinct megatooth shark, Otodus megalodon, is an impressive gigantic shark, but new research shows scientifically justifiable maximum size for the fossil species to be no more than about 15 meters (nearly 50 feet).

The fossil species that lived nearly worldwide roughly 15-3.6 million years ago is commonly portrayed as a super-sized, monstrous shark, in novels and films such as “The Meg.” Gigantic teeth of Otodus megalodon have captivated imaginations of the scientific community and the general public alike, where estimates even in scientific literature have ranged up to about 25-30 meters (80-100 feet), noted Kenshu Shimada, a professor of paleobiology at DePaul University in Chicago and research associate at the Sternberg Museum in Kansas.

In a new study appearing Sept. 30 in Historical Biology, Shimada re-analyzed previously published data showing the quantitative relationships between the tooth sizes and the body sizes of the living great white shark, Carcharodon carcharias, used as a modern analog, and then compared the data to the largest known teeth of Otodus megalodon in public museums.

The tallest known tooth of Otodus megalodon is on display in the Evolving Planet exhibition at Chicago’s Field Museum of Natural History measuring 16.2 centimeters (6.4 inches) including its root. But a tooth with the tallest crown, the tooth’s shiny portion that measures 12 centimeters (4.7 inches) excluding the root, belongs to Japan’s National Museum of Nature and Science, according to Shimada.

These presumed front upper teeth, along with one large presumed front lower tooth also at the Japanese national museum, come from United States — South Carolina — and are calculated to have come from individuals measuring 14.2-15.3 meters (47-50 feet) long, he said.

Anecdotal accounts indicate that teeth larger than the ones described in the new study that could have come from individuals up to about 18 meters (59 feet) exist in private collections, Shimada noted. “However, science requires reproducibility of data, and especially when it comes to fossils that are nonrenewable resources, only information stemming from specimens housed in museum collections under public trust count as scientific data,” he said.

“It is always fascinating to think how large the megatooth shark could have grown, but regardless, my research strongly suggests that individuals of Otodus megalodon exceeding 15 meters in length must have been exceptionally rare” said Shimada. Knowing the maximum possible size of each species is important to understand its behavioral and metabolic traits that could have impacted its interactions with other organisms, and ultimately the history of Earth’s ecosystem, he added.

The new study, "The size of the megatooth shark, Otodus megalodon (Lamniformes: Otodontidae), revisited,” will appear in the forthcoming issue of the international scientific journal Historical Biology and online on Sept. 30 at https://www.tandfonline.com/doi/full/10.1080/08912963.2019.1666840.