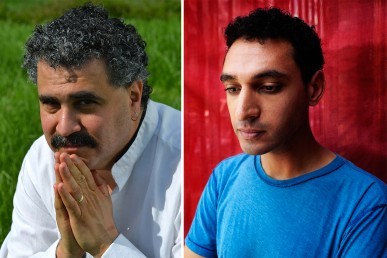 Newswise — The University of Illinois at Chicago School of Theatre and Music and the UIC Jewish-Muslim Initiative host an upcoming panel discussion and concert focusing on Jewish and Muslim themes.

The Jewish-Muslim Initiative along with the School of Theatre and Music are welcoming Muslim composer Mohammed Fairouz to the UIC campus, where he will be on a panel discussing the Muslim and Jewish influences in his music.

Fairouz, 31, is a frequently-performed composer of his generation and has been described as an important new artistic voice. Later this month in Amsterdam, he will debut “The New Prince,” an opera he co-wrote with journalist David Ignatus about Niccolò Machiavelli, the Italian Renaissance diplomat, political philosopher and writer.

Samuel Fleischacker, professor of philosophy at UIC and founder of the Jewish-Muslim Initiative, will moderate the panel, “Music Between Worlds, Jewish and Muslim Sources in the Music of Mohammed Fairouz,” which will also include Marc Mellits, UIC assistant professor of composition, and Rabbi Andrea London.

The panel is designed to educate the public about Fairouz’ music, which is influenced both by his background as a Muslim-American composer and by his use of Jewish themes in his pieces, Fleischacker said. In addition, Mellits, who is Jewish, will discuss his music, which tends not to focus on political, cultural or Jewish themes.

“They have very different views of music, and that is one of the things the panel will talk about: Should music engage with culture, religion and spirituality?” Fleischacker said.

After the discussion, Fairouz will lead a rehearsal of the UIC Orchestra in preparation for Saturday’s concert at the Studebaker Theatre. The program will feature “Brick,” by Mellits. Professor Nicholas Carlson will join the orchestra to perform Fairouz’ clarinet concerto, “Tahrir,” which commemorates the 2011 uprising in Tahrir Square in Cairo. The program will conclude with Fairouz’ “Pax Universalis,” (Latin for Universal Peace), said UIC Orchestra conductor Javier José Mendoza. Also performed will be Franz Schubert’s 8th Symphony, known as the “Unfinished.”

“My objective is just to show, here are two people from vastly different backgrounds, who are alive and making good music today that deserves our attention,” said Mendoza.

The concert is pay-what-you-can, with a $10 recommended admission for the public and $5 for students and seniors. Tickets are available at the door. The panel discussion is first-come, first-served.