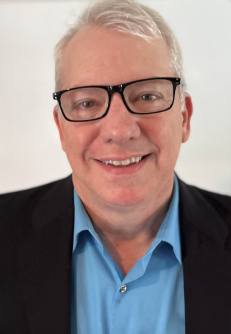 Newswise — JULY 12, 2022, NEW YORK – Ludwig Cancer Research extends a warm welcome to Pat Morin, who has been appointed deputy scientific director of the Ludwig Institute for Cancer Research. Morin joins Ludwig from the University of Pennsylvania, where he has served as executive director for strategic alliances at the Abramson Cancer Center since 2016 and as an adjunct professor at the Perelman School of Medicine since 2017.

After obtaining his PhD at Boston University in 1995, Morin joined the laboratory led by Ludwig Co-directors Bert Vogelstein and Kenneth Kinzler at Johns Hopkins University as a postdoctoral researcher, participating in classic studies on the activation of the Wnt/β-catenin pathway in colorectal cancer. After completing his postdoc in 1998, he continued at Johns Hopkins as an adjunct assistant professor and joined the National Institute on Aging of the U.S. National Institutes of Health as a tenure-track investigator, focusing his studies on the molecular biology of ovarian cancer and rising to the position of senior investigator at the Institute. From 2012 to 2016, Morin served as the senior director of scientific review and grants administration at the American Association for Cancer Research before joining the Abramson Cancer Center in 2016.

“Pat is perfectly suited to his new post at Ludwig Cancer Research,” said Chi Van Dang, Ludwig Institute’s scientific director. “Not only is he an accomplished cancer researcher, but he also has a demonstrated flair for catalyzing team science to tackle tough scientific questions, which was apparent in his able leadership of the AACR Stand Up to Cancer initiative. His experience at the Abramson Cancer Center stimulating drug discovery through a partnership of four cancer centers will doubtless be an asset to Ludwig as we place a renewed emphasis on team efforts to address the most pressing problems of cancer care. I very much look forward to working with him to advance Ludwig’s life-changing science.”

As deputy scientific director, Morin will work with Dang and the Ludwig Institute’s president and CEO Ed McDermott in directing and coordinating basic science and clinical research activities, overseeing the establishment and maintenance of the Institute’s infrastructure and the selection and review of scientific and clinical staff. He will also assist in the development and implementation of the Institute’s strategic and policy initiatives and help manage research collaborations both within Ludwig Cancer Research and with other organizations and individual researchers. Additionally, Morin will serve as program director for major research projects funded by external grants.

“The Ludwig Institute has been truly transformative in its approach to funding innovative cancer research, and its impact has been immeasurable,” said Morin. “I am honored and excited to join the Ludwig community, and I look forward to working with the Ludwig executive team, the Ludwig Scientific Advisory Committee and Board and with Ludwig scientists to support groundbreaking research and advance Ludwig’s mission to improve the prevention and treatment of all cancers.”

Ludwig Cancer Research is an international collaborative network of acclaimed scientists that has pioneered cancer research and landmark discovery for more than 50 years. Ludwig combines basic science with the ability to translate its discoveries and conduct clinical trials to accelerate the development of new cancer diagnostics and therapies. Since 1971, Ludwig has invested nearly $3 billion in life-changing science through the not-for-profit Ludwig Institute for Cancer Research and the six U.S.-based Ludwig Centers. To learn more, visit www.ludwigcancerresearch.org.