Patch or Pills? How Quickly Smokers Metabolize Nicotine May Point to Most Effective Way to Quit 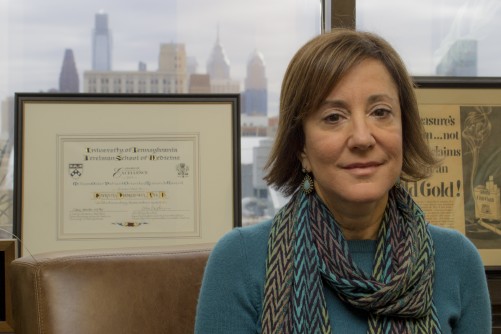 Newswise — PHILADELPHIA— Nearly 70 percent of smokers who try to quit relapse within one week – daunting odds for people trying to kick the habit. Researchers have long theorized that some individuals may be genetically programmed to have an easier time than others, but with few clues about why, experts have been unable to guide smokers looking to quit toward a strategy – the nicotine patch versus prescription pills, for instance – with the best chance of success. Now, in a first-of-its-kind randomized clinical trial, researchers from Penn Medicine and collaborators have shown that the most-suited treatment for each smoker may depend on how quickly they metabolize the nicotine in their body after quitting.

“Normal” metabolizers of nicotine were significantly more likely to stay quit with the help of the drug varenicline (Chantix, manufactured by Pfizer) compared to the nicotine patch at the end of treatment and 6-months later, the new study published online this week in Lancet Respiratory Medicine found. “Slow” metabolizers, on the other hand, would most likely benefit from the nicotine patch, the authors suggest. Varenicline was just as effective as a nicotine patch at helping those people quit, but there were more overall side effects reported with the drug.

“This is a much-needed, genetically-informed biomarker that could be translated into clinical practice,” said lead author Caryn Lerman, PhD, a professor of Psychiatry and director of the Center for Interdisciplinary Research on Nicotine Addiction. “Matching a treatment choice based on the rate at which smokers metabolize nicotine could be a viable strategy to help guide choices for smokers and ultimately improve quit rates.” Lerman also serves as the deputy director of the Abramson Cancer Center.

The difference between slow and normal metabolizers is how long nicotine stays in the body after quitting. Nicotine levels drop more quickly in normal metabolizers, putting them at risk to succumb to the cravings and relapse. But they are also more likely to be helped by medications like varenicline, which can increase levels of the “feel-good” hormone dopamine in their bodies and reduce cravings.

Previous, retrospective studies have looked at the relationship between metabolism and various smoking cessations treatments, but they were not tested before random assignment to treatment, and none investigated the newer medication varenicline.

In the new multi-center clinical trial, treatment-seeking smokers (1,246 in total) were categorized as either slow metabolizers (662) or normal metabolizers (584) and randomized to 11-weeks of either the nicotine patch (plus a placebo pill), varenicline (plus placebo patch), or a placebo pill and patch. All received behavioral counseling, as well. The trial was conducted at four academic medical centers: the Perelman School of Medicine at the University of Pennsylvania, the Centre for Addiction and Health at the University of Toronto, the State University of New York at Buffalo, and MD Anderson Cancer Center.

Participants were blood tested within seven days of beginning treatment to assess their nicotine metabolite ratio. To distinguish between slow or normal, the researchers looked at the ratio of two metabolites derived from nicotine during smoking, 3’hydroxycotine/cotine. That ratio reflects the activity of the liver enzyme CYP2A6, the major nicotine and cotinine-metabolizing enzyme that helps people metabolize nicotine more quickly.

At the end of treatment (week 11), participants’ smoking behavior was accessed to determine abstinence in both groups. Past research strongly suggests that if a person is tobacco-free after seven days, they will likely remain that way for six months, if not longer, and is therefore highly predictive of long-term quitting success. Researchers also followed up with participants at six and 12 months.

Nearly 40 percent of normal metabolizers on varenicline were still abstaining from smoking at the end of treatment compared to 22 percent on the patch. The findings indicated that varenicline was more efficacious than the nicotine patch for normal metabolizers, while the efficacy was equivalent for slow metabolizers. However, this group reported more overall side effects, suggesting those smokers would gain more benefit from the patch. The quit rates, as expected based on data about the difficulty of prolonged quitting success, decreased at the six and 12 month, but the ratios for both normal and slow metabolizers on the patch and varenicline remained.

“Our data suggest that treating normal metabolizers with varenicline, and slow metabolizers with the nicotine patch could provide a practical clinical approach. What’s more, extending the duration of these treatments (beyond 11 weeks) could potentially sustain the benefit of tailored treatment,” according to the authors.

U.S. smoking rates have fallen substantially since the 1960s when it was at its peak, but there are still 42 million Americans who do smoke, including teenagers and young adults. Worldwide, about six million people die every year from smoking-related diseases, and $200 billion is spent on tobacco-related health care costs. As such, the need for improved cessation treatments and quit rates is greatly needed.

“These findings not only support the use of the nicotine metabolite ratio as a biomarker to guide treatment choices,” Lerman said, “but also underscore the notion that tobacco dependence is a heterogeneous condition and that smoking cessation treatments are not equally effective for all smokers.”

###Penn Medicine is one of the world's leading academic medical centers, dedicated to the related missions of medical education, biomedical research, and excellence in patient care. Penn Medicine consists of the Raymond and Ruth Perelman School of Medicine at the University of Pennsylvania (founded in 1765 as the nation's first medical school) and the University of Pennsylvania Health System, which together form a $4.3 billion enterprise.The Perelman School of Medicine has been ranked among the top five medical schools in the United States for the past 17 years, according to U.S. News & World Report's survey of research-oriented medical schools. The School is consistently among the nation's top recipients of funding from the National Institutes of Health, with $392 million awarded in the 2013 fiscal year.The University of Pennsylvania Health System's patient care facilities include: The Hospital of the University of Pennsylvania -- recognized as one of the nation's top "Honor Roll" hospitals by U.S. News & World Report; Penn Presbyterian Medical Center; Chester County Hospital; Penn Wissahickon Hospice; and Pennsylvania Hospital -- the nation's first hospital, founded in 1751. Additional affiliated inpatient care facilities and services throughout the Philadelphia region include Chestnut Hill Hospital and Good Shepherd Penn Partners, a partnership between Good Shepherd Rehabilitation Network and Penn Medicine.Penn Medicine is committed to improving lives and health through a variety of community-based programs and activities. In fiscal year 2013, Penn Medicine provided $814 million to benefit our community.