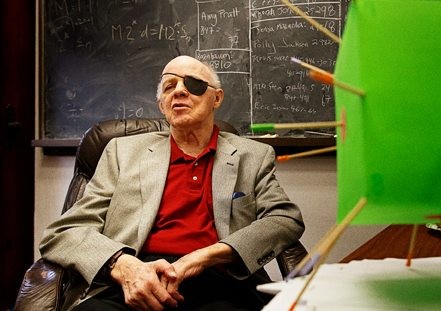 Newswise — Known for his contributions to the field of harmonic analysis and his passionate commitment to teaching, Prof. Paul J. Sally, Jr. built a legacy of love for mathematics at the University of Chicago for nearly 50 years.

Sally taught at the University since 1965 and served as chairman of the mathematics department from 1977 to 1980. He was resident at the Institute for Advanced Study in Princeton, New Jersey in 1967-68, 1971-72, 1981 and 1984. He produced notable research results on such topics as SL(2), supercuspidal representations and Fourier transforms. His many professional affiliations included service as Chairman of the Board of Trustees of the American Mathematical Society.

“Paul had a fierce belief in mathematics and in people,” wrote Professor Shmuel Weinberger, Chair of Mathematics, in a note to faculty. “I will miss him deeply.”

Sally’s impact in the classroom was legendary. He produced 19 Ph.D. students and was Director of Undergraduate Studies in the Mathematics Department for decades. He pioneered outreach programs in mathematics for elementary and secondary teachers and students. From 1983 to 1987 Sally served as the first director of the University of Chicago School Mathematics Project, home of the nation’s most widely used university-based mathematics curriculum. In 1992, he founded Seminars for Elementary Specialists and Mathematics Educators (SESAME), a first-of-its-kind program for elementary school teachers from Chicago Public Schools. “A force of nature”

Diane Herrmann, the Co-Director of Undergraduate Studies in Mathematics and a Senior Lecturer, described Sally as “a force of nature.” Herrmann worked with Sally as a teacher, mentor and then as a colleague for the past 30 years.

“He was passionately interested in mathematical education at all levels,” said Herrmann, who with Sally co-founded the Young Scholars Program, a groundbreaking enrichment program for mathematically talented seventh through twelfth graders.

One student who benefitted from the Young Scholars Program starting in seventh grade was Maryanthe Malliaris, who is now an assistant professor in UChicago’s department of mathematics. She recalled the experience as “exhilarating” and “decisive for my future mathematics.”

“He had an incredible psychological astuteness, and a forceful clarity,” Malliaris wrote in an email. “He devoted a great deal of his time to creating possibilities for others. He concerned himself with the field as a whole. He would be there on Saturdays, on evenings, in the summer. His door was always open… He would show by example what it is to be a great human being.”

David Vogan, AB, SM, ’74, another former student of Sally’s, went on to be a Professor of Mathematics at M.I.T. and president of the American Mathematical Society.

“What distinguished Paul Sally was not only his passion for mathematics, but also his love and care for everyone studying mathematics,” Vogan said “He had an appreciation for all the different levels of mathematics. He was a remarkable individual who seemed to have an unlimited supply of energy.”

Sally’s motto for SESAME reflected one of his core beliefs: “To teach real mathematics, you better know some.” Aspiring teachers who took Sally’s courses such as Elements of Math Instruction, a graduate class in UChicago’s Urban Teacher Education Program, found that he expected them to understand concepts ranging from elementary-level to graduate-level math.

“He overcame tremendous obstacles to provide education and outreach at the University, in the city of Chicago and nationally” said Robert Fefferman, the Max Mason Distinguished Service Professor in Mathematics. “He lost both legs and lost his eyesight to childhood diabetes and it did not stop him at all.”

Type 1 diabetes affected Sally since he was a teenager, resulting in the loss of both legs and one eye; degeneration in the other eye meant that he was legally blind. Students affectionately nicknamed him the “Math Pirate” or “Professor Pirate” for the unmistakable black eye patch that he wore. Speaking with the University of Chicago Magazine in 2008, he said his true love had been the classroom since he walked into a class of high school seniors in 1954, at the age of 21.

“This is just where I belong. I just have this incredible desire to teach,” he told the magazine.

David Sally, one of Paul Sally’s three sons, said his legacy will be felt in ways large and small.

“The family is gratified to hear words of condolence from students, teachers and colleagues to let us know how much our father meant to the University, to Chicago, and to so many people around the world,” he said. David added, “Dad died on December 30. That’s 12-30-2013, a numerical anagram! He would have appreciated that.”

Sally was born in Boston on January 29, 1933. He earned his B.S. and M.A. degrees from Boston College and his Ph.D. from Brandeis University. He was an instructor at Washington University before coming to the University of Chicago in 1965.

Sally won many honors and awards for his teaching and educational outreach, including the College’s Quantrell Award for Excellence in Undergraduate Teaching in 1967. Part of the citation for the award reads: “His informal but infectiously enthusiastic classroom manner has shown his students the delights of a subject sometimes thought to be austere. Always rigorous but never pompous, he leads his classes through difficult problems by clear, careful steps.”

Sally is survived by his wife, Judith, and his three sons, David, Stephen, and Paul III, and their families.

Services will be held Saturday, January 4 at St. Thomas the Apostle Church in Hyde Park. A wake will be held from 10 a.m to 11 a.m. and the funeral mass will be celebrated at 11 a.m. A reception and luncheon will follow in the Tea Room on the second floor of Eckhart Hall on the UChicago campus.