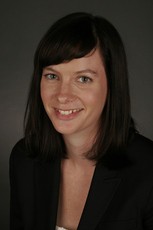 [Media Note: Vanderbilt has a 24/7 campus broadcast facility with a dedicated fiber optic line for live or taped TV interviews and a radio ISDN line.

Newswise — Some 10 million American households borrow money through payday loans each year, and payday lenders now have more storefronts than McDonald's and Starbucks combined. New research by Vanderbilt Law School Assistant Professor Paige Marta Skiba found that payday loan applicants who received the quick cash after their first application were significantly more likely to file for Chapter 13 bankruptcy than those whose initial application was denied.

The researchers found that first-time applicants who received a payday loan were almost twice as likely to file for bankruptcy within two years as those denied the first time. The interest from payday and pawn loans amounted to about 11 percent of the total liquid debt interest burden at the time of the bankruptcy filing. "Our research finds that payday loans and their interest payments may be sufficient to tip the balance into bankruptcy for a population that is already severely financially stressed," said Skiba.

Skiba and her co-author, Jeremy Tobacman, looked at four years of data for the state of Texas from a prominent payday loan company. From 2000 to 2004, the company received more than a million applications. The average loan request was around $300. The median annual income on the applications was $20,000 with a median checking account balance of $66.

"Payday loans seem to be the straw that breaks the borrower's back because the loans are normally due every week or every other week, so other debts, like credit cards or mortgages tend to be ignored," said Skiba.

First-time borrowers tended to continue borrowing. The researchers found that first-time applicants who were approved applied for about five more loans within a year than rejected first-time applicants. "Access to payday loan credit predicts roughly $2,300 of additional payday borrowing within two years," said Skiba. As for those who were denied their initial payday loan request, the researchers said their probability of taking out a pawn loan doubled.

The full study, titled "Do Payday Loans Cause Bankruptcy?" can be found at http://papers.ssrn.com/sol3/papers.cfm?abstract_id=1266215.