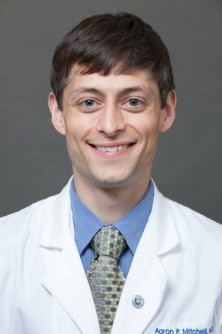 Aaron Mitchell, MD, is a fellow in the UNC School of Medicine Division of Hematology & Oncology. 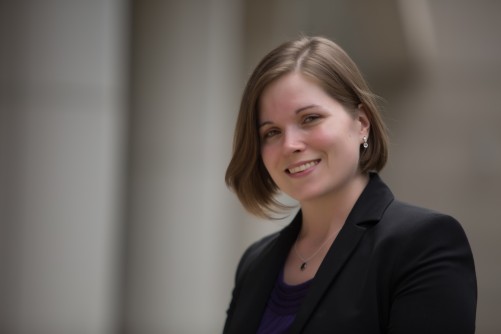 Stacie B. Dusetzina, PhD, is a UNC Lineberger member and assistant professor in the UNC Eshelman School of Pharmacy and Gillings School of Global Public Health.

In preliminary findings (abstract 6510) that will be presented at the American Society of Clinical Oncology Annual Meeting 2017 in Chicago on Saturday, June 3, researchers show that when physicians had to choose between multiple, on-patent drugs for metastatic kidney cancer and chronic myeloid leukemia, they were more likely to prescribe drugs from companies they had received these “general” payments from. While they found that these payments for lodging and meals were linked to higher odds of prescribing certain drugs, that wasn’t consistently the case for payments for research.

“Ideally, therapy choices should be based on two things, and two things only: medical evidence and patient preference,” said Aaron Mitchell, MD, a fellow in the UNC School of Medicine Division of Hematology & Oncology and the study’s lead author. “As patient advocates, we should try to eliminate any barriers to this. We saw a pretty consistent increase in prescribing of a company’s drug stemming from what we call ‘general payments,’ which don’t go directly for research, but instead are paid to physicians for consulting, meals, travel and lodging for conferences or talks. This raises the possibility that drug companies are able to influence prescribing practices through gifts to physicians.”

Last year, several research groups identified links between pharmaceutical payments and prescription practices. A 2016 study published in JAMA Internal Medicine determined that doctors who received a single meal promoting a certain brand-name drug prescribed those drugs for depression, high cholesterol and heart disease at higher rates. Another study in the same journal last year found a link between industry payments and higher rates of prescriptions for brand-name cholesterol drugs. In oncology, the stakes are high, Mitchell said, since cancer drugs can have significant side effects and financial costs.

“This pattern is worrisome since promotional efforts by pharmaceutical companies tend to focus on newer products, which may steer providers and patients to more expensive treatments,” said the study’s senior author Stacie B. Dusetzina, PhD, a UNC Lineberger member and assistant professor in the UNC Eshelman School of Pharmacy and Gillings School of Global Public Health. “This could ultimately drive up costs for patients and taxpayers.”

To examine whether company payments are influencing prescription choice in cancer care, researchers analyzed prescription patterns for Medicare patients with two cancers where there are multiple treatment options - metastatic renal cell cancer, which is a type of kidney cancer, and chronic myeloid leukemia, a blood cancer. They used publicly available data reported through Open Payments, a provision of the federal Patient Protection and Affordable Care Act that required U.S. drug and device manufacturers to disclose transfers of financial value greater than $10 to physicians and teaching hospitals.

“We chose these specific drugs because they are felt to be equally efficacious based on clinical trials,” Mitchell said. “However, they do have differences in side effect profiles that a patient taking one of these drugs would notice and feel.”

Compared to physicians who didn’t receive any payments, those who received general payments for meals and lodging from a drug manufacturer had higher odds of prescribing that company’s particular drug for both metastatic renal cell carcinoma, and for chromic myeloid leukemia.  For renal cell carcinoma, odds were 78 percent higher, and for chronic myeloid leukemia, odds were 29 percent higher.

The average amount that physicians received in general payments was $566 for renal cell carcinoma, and $166 for chronic myeloid leukemia.

“Even for physicians who received very small payments, we still saw a change in prescription rates,” Mitchell said. “It looks like this shakes out to be a really good buy for a drug company.”

Meanwhile, they did not find a consistent relationship for physicians who received payments from pharmaceutical companies solely for research. This doesn’t rule out the possibility of an association, however, Mitchell said.

He called for more research to explore the impact of research payments on prescription practices, and to uncover whether the association they found between general payments and prescription choice was a cause-and-effect relationship.

“This is a ‘proof of principle’ study, showing that there is an association between industry payments and prescribing in cancer care, and that this may also be present for other treatment choices where the options are not equivalent,” Mitchell said. “If evidence emerges to show that drug industry payments are not only associated with changes in physician practice, but cause these changes, then we need to find some solution to prevent physician-industry relationships from influencing physicians in such a manner,” he added.

The study was supported by a National Research Service Award Post-Doctoral Traineeship from the Agency for Healthcare Research and Quality with the Cecil G. Sheps Center for Health Services Research at the University of North Carolina at Chapel Hill, and the American Cancer Society.

In addition to Dusetzina and Mitchell, other authors include Aaron N. Winn, MPP, a PhD candidate in the Department of Health Policy and Management at UNC Gillings School.