Peach recall generating a lot of questions for consumers 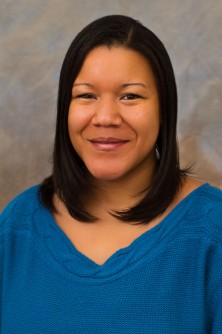 An Iowa State University food science expert says consumers need to throw out peaches included in a recall because of possible Listeria monocytogenes contamination. Angela Shaw, an assistant professor of food science and human nutrition, is fielding dozens of calls from consumers with concerns about possible contamination. Shaw says it’s unknown if the Listeria is on the outside or inside the peach, which is why the fruit needs to be tossed or returned to the store.

“This is not something where you can wash the fruit and get rid of the bacteria,” Shaw said. “My message to everyone is to discard the peaches bought between June 1 and July 20. The risk is too high.”

“The likelihood of these peaches reaching Iowa is about 100 percent. In fact, stores have been calling consumers to bring back their peaches,” Shaw said.

Listeria is naturally found in cold, wet places. Shaw says the exact cause of the contamination with this recall is unknown. According to the Food and Drug Administration, no illnesses have been linked to this recall. Listeria can cause high fever, severe headache, stiffness, nausea, abdominal pain and diarrhea. Shaw says Listeria has the highest mortality rate of all foodborne bacteria and can be especially dangerous for pregnant women.

Some consumers, who canned the peaches, have asked Shaw if it’s necessary to throw them out. Again, the answer is yes. Canning the fruit does not eliminate the risk of illness. More information about the affected fruit can found on the FDA website.