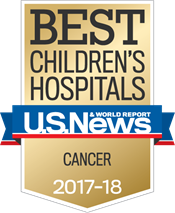 Newswise — DETROIT, MI – Monday, July 10, 2017 – Children with Down syndrome have a 10-20 percent increased risk of developing acute lymphocytic leukemia (ALL) and acute myeloid leukemia (AML) compared to children without Down syndrome. They are considered to have one of the highest risks of developing leukemia while the majority of children who develop leukemia have no known predisposing risk factors. A study published in Blood, a weekly medical journal published by the American Society of Hematology, shows results of treatment and survival trends among this population.

Jeffrey W. Taub, M.D., FAAP, chief, Division of Oncology, at the DMC's Children’s Hospital of Michigan was the principal investigator of the study, which enrolled 204 children from 2007-2011 through the Children’s Oncology Group (COG), an international organization which links all major pediatric oncology centers in the U.S., Canada and other countries to develop treatments for children with cancer.

According to Dr. Taub, children with Down syndrome and AML or ALL have special needs and there have been concerns in the past that they suffer more side effects (toxicity) from treatments compared to children without Down syndrome including dying of side effects. Hence, they require special attention and in particular, treatment protocols that will focus on their clinical needs to not only make treatments more effective, but to try and make them safer. Additionally, Down syndrome children represent a total of 15% of all pediatric AML cases which is very significant as they only represent about 1 in 800 children in the general population.

The study showed that the overall cure rate of Down syndrome patients was 93% which is significantly high, while deaths from side effects were very low. The most common side effects experienced by patients were infections that occurred when their white blood cell counts were low. No children died due to cardiac complications which have been reported previously (44% of children on the study had congenital heart defects).

An important part of the study also addressed the assessment of a test known as minimal residual disease (MRD) monitoring, which is able to detect one leukemia cell amongst 10,000 normal blood cells in the bone marrow. This is a more sensitive and accurate way of detecting leukemia cells compared to the standard approach of looking at bone marrow slides under a microscope.

Patients who had a MRD level <0.01% after the first course of chemotherapy, had exceptionally high cure rates. Patients who had detectable MRD (>0.01%) had worse outcomes. This is the first time that a laboratory test can potentially be used to identify how Down syndrome children with AML will respond to chemotherapy (this has been used previously for children without Down syndrome and AML). Patients with a negative MRD test had cure rates of 92.7% compared to 76.2% for patients with a positive test.

“Based on the results of this study, MRD testing is now being used in the new Children’s Oncology Group 1531 study for children with Down syndrome. Children who have a negative MRD test, will receive lower doses of chemotherapy (particularly cytarabine) to try and reduced side effects further while maintaining high cure rates. Patients who have a positive MRD test, will receive more intensive chemotherapy,” Dr. Taub says.

Research conducted both at the Children’s Hospital of Michigan and the Karmanos Cancer Institute/Wayne State University School of Medicine, have identified that the leukemia cells from Down syndrome children with AML are more sensitive to the main chemotherapy drugs used in protocols (e.g. cytarabine-araC; daunoubicin).

“We can more effectively used these drugs to improve cure rates and decrease side effects (in this protocol, the dose of daunorubicin was reduced by 25% compared to past protocols as it is linked to cardiac side effects). Down syndrome children require longer intervals between chemotherapy courses to allow their blood counts to recover to higher levels compared to children without Down syndrome. This would potentially reduce the infection risk. Since children without Down syndrome who have AML have a more guarded prognosis, their treatments require greater intensity including shorter gaps between chemotherapy courses to enhance intensity,” he says.

For parents who have a child with DS who have ALL or AML, Dr. Taub says being treated at a major children’s hospital is important as patients not only benefit from being treated on a clinical trial protocol, the doctors have had the experience of treating other Down syndrome children in the past and are aware of the special clinical supportive care they require.

For further information on hematology and oncology services at the Children’s Hospital of Michigan, which is ranked among America's best in U.S. News & World Report's 2017-18 Best Children’s Hospital rankings, visit https://www.childrensdmc.org/our-services/cancer-center-oncology-and-hematology.