8-Sep-2017 10:05 AM EDT, by Perelman School of Medicine at the University of Pennsylvania contact patient services
favorite_border 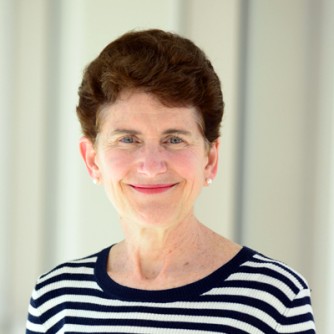 Newswise — PHILADELPHIA—M. Celeste Simon, PhD, who studies cancer cell metabolism, tumor immunology, and the influence of oxygen availability and deprivation on tumor growth, has been given a National Cancer Institute Outstanding Investigator Award. The award funds her basic biomedical research on cancer metabolism, specifically renal cancer, which is one of the ten-most-common cancers in both men and women. Simon is the Arthur H. Rubenstein, MBBCh Professor in the department of Cell and Developmental Biology and scientific director of the Abramson Family Cancer Research Institute at the Perelman School of Medicine at the University of Pennsylvania.

Among her accomplishments, Simon and colleagues found that a metabolic enzyme halts progression of clear cell renal cell carcinoma, the most common type of kidney cancer, comprising more than 70 percent of all kidney cancers in the United States. It is found in cells lining the small tubules of the kidney that filter waste from the blood and produce urine.

In a study published in Nature in 2014, the Simon team found that an enzyme called FBP1, which is essential for regulating metabolism, was absent in each of more than 600 tumors analyzed -- but present in the nucleus of normal cells. The enzyme curbs energy production in the cell body; its absence in cancer cells allows these cells to produce fuel up to 200 times faster than their non-cancer-cell counterparts, enabling them to grow and thrive. This finding is paving the way for personalized treatment for patients suffering from this potentially deadly form of kidney cancer.

Simon earned her bachelor's degree from Miami University, an MS in microbiology from Ohio State University, and a PhD in biochemistry from Rockefeller University in 1985. She conducted postdoctoral research at Rockefeller and Harvard Medical School. Before coming to Penn in 1999, she was an assistant professor of Medicine/Molecular Genetics and Cell Biology at the University of Chicago. She was a Howard Hughes Medical Investigator from 1994–2014. Simon was elected to serve on the board of directors of the American Association for Cancer Research for the 2014 - 2017 term. She also serves on the Wistar Institute External Advisory Board, a group of world-renowned scientists with broad scientific expertise

Simon has received numerous awards for her research, including the Cancer Research Foundation Young Investigator Award and the Stanley Cohen Biomedical Research Award. She has published more than 250 papers in professional journals, including Cell, Science, Nature, Genes and Development, Nature Genetics, and Cancer Cell.