8-Feb-2017 10:05 AM EST, by Perelman School of Medicine at the University of Pennsylvania contact patient services
favorite_border 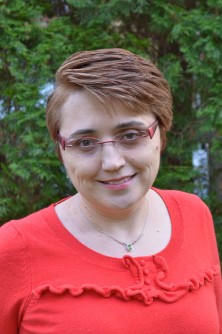 Katalin Susztak, MD, PhD, Perelman School of Medicine at the University of Pennsylvania

Newswise — PHILADELPHIA—Katalin Susztak, MD, PhD, an associate professor of Medicine and Genetics in the Perelman School of Medicine at the University of Pennsylvania, has received a $3 million grant from a consortium of pharmaceutical companies to identify genes and other characteristics that are signs of rapid decline in kidney function in patients with diabetic kidney disease.

This study, called TRIDENT (Transformative Research In DiabEtic NephropaThy) is the first such trial that will generate a “multi-omics” data set to pave the way for precision medicine treatment for diabetic kidney disease. Susztak and colleagues will collect, process, and study kidney biopsy tissue and harvest blood, urine, and genetic materials to generate multi-omics datasets. These will reveal molecular pathways and link them to biomarkers that characterize patients with rapid kidney-function decline compared to those with slower kidney-function decline. This analysis will help identify potential therapeutic targets for patients.

Members of the consortium -- Boehringer Ingelheim, GSK, and Regeneron -- will each contribute to the research strategy and implementation of the overall group in a precompetitive space. Each pharma member will be able to use the molecular networks identified by the consortium to continue individual company discovery efforts outside of the consortium, including developing drugs to interfere with the disease pathways.

One of the key hurdles in diabetic kidney disease research has been the lack of kidney tissue samples from patients with diabetes. Until now, only a few centers in the U.S. have performed biopsies on these patients. Additionally, animal and cell culture models do not fully mirror human versions of the disease, and human genetic studies to date have failed to identify consistent genetic variants associated with diabetic kidney disease.

“Integrative analysis of the variables will help us paint a fuller and more accurate picture of the dynamics of the molecular systems that underlie this disease,” said Susztak. “This work is especially important now as the rate of diabetes prevalence in our country, and indeed the world, is continually accelerating.”

Diabetic kidney disease is the most common cause of kidney disease in the United States; no new drugs have been registered for treating it since 2001. According to the Centers for Disease Control and Prevention (CDC), the risk of death for adults with diabetes and kidney disease is 50 percent higher than those with diabetes alone. It reports that 29.1 million people, or 9.3 percent of the US population, have diabetes, 27.8 percent of whom are undiagnosed. An additional 86 million — more than one out of three adult—have pre-diabetes. Nine out of ten of these adults do not know that they have pre-diabetes. The CDC also reports that medical costs for people with diabetes are twice as high as for people without diabetes. Other research shows that of the approximately 400 million people with type 2 diabetes worldwide, about half will have kidney disease.

During the past few years, several new biomarkers have been identified that can potentially identify patients at risk for rapid loss of kidney function. For example, blood and urinary levels of the protein Kidney Injury Molecule-1 (KIM-1) and tumor necrosis factor receptor 1 and 2 levels can identify patients with rapidly declining renal function. “While these markers are generating increased interest, critical questions remain,” Susztak said.

These questions, which Susztak and her collaborators will seek to answer through the study, include:

• Is rapid decline in kidney function a genetic tendency, the result of environmental factors, or a combination of both? • What are the molecular pathways that cause rapid kidney function decline? • How do the new biomarkers match up with molecular changes in the kidney or genetic predisposition?• Are there additional biomarkers associated with fast and slow progression of kidney decline?

To help answer these questions, Susztak and colleagues will recruit and follow a cohort of 300 patients from 12 U.S. and Canadian clinical sites who have type 1 or type 2 diabetes and undergone a clinically indicated kidney biopsy.

Editor’s note: Dr. Susztak has consulted previously for GSK and has received research support from Boehringer Ingelheim for a projects unrelated to TRIDENT.