Prof. John B. Jemmott, III, Annenberg School for Communication and the Perelman School of Medicine; and Loretta Sweet Jemmott, Director of the Center for Health Equity Research at Penn Nursing 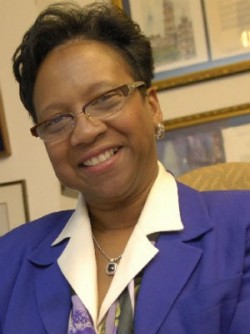 Newswise — A large-scale human immunodeficiency virus (HIV) intervention/education effort aimed at helping South African men take a proactive role in the prevention of that disease has proven successful, an important development considering that country has the largest number of HIV infections in the world.

Researchers, led by Prof. John B. Jemmott, III, Annenberg School for Communication and the Perelman School of Medicine; and Loretta Sweet Jemmott, Director of the Center for Health Equity Research at Penn Nursing,* developed an intervention involving nearly 1,200 individuals, who participated in customized and proactive education programs on condom usage and the importance of discussing safe sex in their relationships. The results of their study are being reported this week in the American Journal of Public Health (Volume 104, Issue 2).

Nearly 1,200 individuals in 44 neighborhoods near East London in the Eastern Cape Province of South Africa participated in the program and follow-up surveys conducted over a 12-month period. Approximately half participated in an HIV/STI (sexually transmitted infection) risk reduction invention, and half in a general health information (control) intervention.

Participants were recruited via community meetings and public gathering places such as marketplaces, taxi stands, and shebeens (after-hours drinking clubs). The intervention programs, called "Men, Together Making a Difference," were conducted in native isiXhosa tongue (language using intermittent clicking sounds as part of its lexicon). The intervention sessions involved rituals such as beginning with a "Circle of Men," which enabled all participants, regardless of age or economic status, to develop stronger bonds. Additional components of the HIV/STI prevention included a video magazine, "The Subject Is: HIV," addressing the impact of the disease in South Africa; a video drama "Eiyish!," addressing dangers of multiple partners and the failure to use condoms; take-home assignments; and in-class role-playing to increase the discussion and ultimately the use of condoms.

Follow-up surveys after one year showed an increase in condom use by participants, regardless of whether they were involved with steady or casual partners for intercourse. (From 54% to 63% for men involved with steady partners and from 77% to 79% for men involved with casual partners.) Also, follow-up surveys showed slight decreases in the occurrences of unprotected sex. Participants also reported a four- to five-percent increase in the number of times men talked to their partners about condom use prior to sex.

"The fact that HIV affects women most severely in regions such as the sub-Saharan Africa where heterosexual exposure is a dominant mode of HIV transmission is well established," the authors write in the article. "Yet few interventions to change the heterosexual behavior of men have been developed and rigorously evaluated." They note that not only was this the first large-scale study of its kind, but that South African men demonstrated a willingness to attend multiple intervention sessions, participate in role-play condom use scenarios, and return for repeated efficacy assessments. They stressed the need for additional research to strengthen the impact of intervention programs.

This study was funded by research grant 1 R01 HD053270 from the National Institutes of Health (NIH).

* In addition to Profs. Jemmott and Sweet Jemmott, authors include Dr. Anita Heeren and Mr. Craig Carty from the Perelman School of Medicine; Dr. Ann O'Leary from the Centers for Disease Control and Prevention; Prof. Zolani Ngwane from Haverford College; Prof. Larry D. Icard from Temple University; and Prof. Xoliswa Mtose from the University of Fort Hare in South Africa.

The University of Pennsylvania School of Nursing is one of the premier research institutions in nursing, producing new knowledge in geriatrics, pediatrics, oncology, quality-of-life choices, and other areas. Researchers here consistently receive more research funding from the National Institutes of Health than any other private nursing school, and many Master’s programs are ranked first in the country.