Pilot data will be presented at ASTRO 2017 Annual Meeting

27-Sep-2017 9:05 AM EDT, by Perelman School of Medicine at the University of Pennsylvania contact patient services
favorite_border 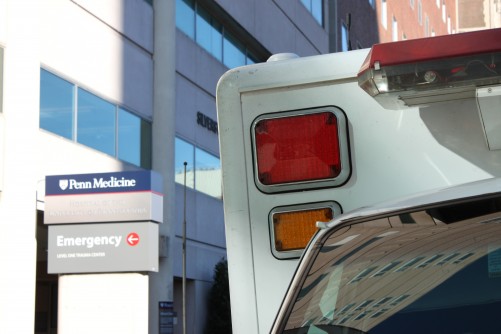 Newswise — PHILADELPHIA – A pilot program that uses big data to predict which lung cancer patients will require a trip to an emergency department (ED) successfully anticipated a third of all ED visits over a two week trial period, and was further able to identify which patients were at high risk and low risk of requiring such care. The predictive model was designed by researchers at the Perelman School of Medicine at the University of Pennsylvania with the eventual goal of developing a tool for early intervention that will help patients avoid ED visits. They will present their data as an oral abstract at the American Society of Therapeutic Radiation Oncology (ASTRO) 2017 Annual Meeting in San Diego (Abstract #2022).

Lung cancer is the most common diagnosis among cancer patients who visit emergency departments, most frequently because of infection, pain management, or other symptoms related to their disease. Roughly 40 percent of lung cancer patients will visit the ED during the course of their treatment, and 60 percent of those visits result in hospital admission. In addition, reports have shown lung cancer dwarfs other cancer types in terms of ED visits among cancer patients, making up 33 percent of all such visits according to one recent study. These visits come with a cost for patients – financially and psychologically – as well as for the healthcare system itself. The cost of lung cancer care overall in America is expected to increase to $14.73 billion by 2020, according to the National Cancer Institute.

“The need to be able to anticipate these visits is crucial, but there are very few studies that assess risk factors in a way that allows for early intervention by a clinician,” said the study’s lead author Jennifer Vogel, MD, a resident in Radiation Oncology at Penn.

“Our model pulls all of this together and weighs each factor to determine a personalized risk for each patient at any given point in time,” said senior author Abigail T. Berman, MD, MSCE, an assistant professor of Radiation Oncology at Penn and the associate director of the Penn Center for Precision Medicine. “It also gives physicians real-time alerts when a patient is deemed to be at high risk.”

After developing the model with data from 2,500 patients and validating it with a second set, the researchers put it to use during a two-week pilot program. During that time, the model was able to anticipate 68 of the 207 ED visits (33 percent) required by lung cancer patients. The predictions also showed promise in categorizing patients into risk levels. Of the 131 patients identified as “high-risk”, 13 (10 percent) presented to the ED. For the 678 patients grouped as “low-risk”, only 10 (1.5 percent) required an ED visit. This demonstrates that the model successfully differentiates between high and low risk patients, as patients designated as high risk were 6.6 times more likely to visit the ED compared to those designated as low risk.

“Our hope is that triage nurses and physicians will be able to use this information to intervene before an ED visit is necessary,” Berman said. These interventions can include reaching out to the patient to preemptively schedule an outpatient visit, taking action to better manage the symptoms that would lead to the ED visit, or other proactive measures.

Researchers say the next step is to categorize the reasons for each ED visit and the actions physicians took during the pilot phase. They also plan to incorporate natural language processing elements into the model in order to improve its predictive value.