12-May-2017 8:00 PM EDT, by Perelman School of Medicine at the University of Pennsylvania contact patient services
favorite_border 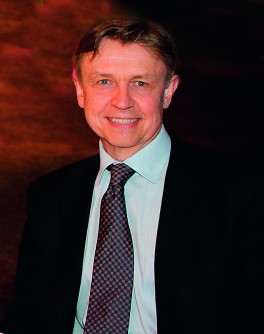 Newswise — PHILADELPHIA— Francis Marchlinski, MD, FHRS, director of Electrophysiology for the University of Pennsylvania Health System (UPHS), has been selected to receive the Distinguished Teacher Award from the Heart Rhythm Society, the leading international professional organization for cardiac arrhythmia professionals.

In a career spanning three decades at Penn, Marchlinski has overseen the training of more than 120 electrophysiology fellows. Marchlinski, who is also the Richard T. and Angela Clark President’s Distinguished Professor of Medicine at the Perelman School of Medicine at the University of Pennsylvania and director of the Electrophysiology Laboratory at the Hospital of the University of Pennsylvania, is being recognized for his role in educating colleagues and students for over 30 years in the classroom and through numerous professional presentations worldwide—including providing vital information about his own clinical innovations. These innovations include optimizing device therapy for treating heart failure and preventing sudden cardiac death, and improving catheter ablation techniques for treating atrial fibrillation and ventricular tachycardia – all of which have been widely adopted by those in the field.

He has served on the International Heart Rhythm Society committee to establish guidelines for treating atrial fibrillation and ventricular tachycardia using catheter ablation techniques, which selectively destroy areas of the heart causing heart rhythm problems, and has long directed a number of annual professional national and international symposiums for cardiac arrhythmia professionals.

The award will be presented on May 12, 2017, at the Society’s 38th Annual Scientific Sessions in Chicago.